Bitcoin network’s mining metrics have taken a significant hit post exodus of miners from China. Since a majority of Bitcoin miners were located in China and had to either close or relocate in light of the latest crackdown from Beijing, the Bitcoin network suffered a 50% fall in mining hashrate. The decline in mining power has subsequently lead to an extension in Bitcoin block generation time.

On July 1st, the block generation time for block number 689301 reached 139 minutes, the second-longest time since the launch of the Bitcoin network. 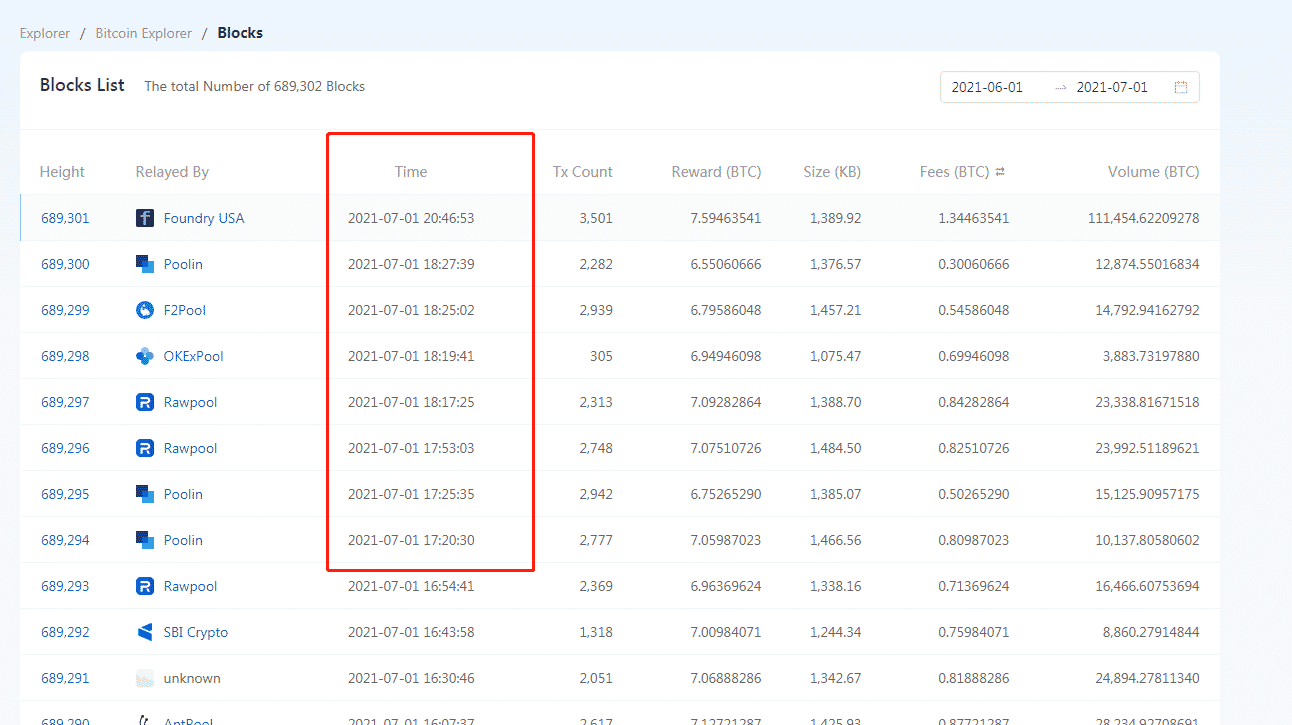 Apart from the second-longest block generation, the average time for each block also increased to over 21 minutes from the usual 10 minutes. The shutting down of some of the biggest mining farms in China is believed to be the reason behind the recent Bitcoin network’s hashrate decline and the subsequent effect on key metrics.

The biggest criticism against Bitcoin mining was the centralization in hashpower input due to the high concentration of miners in China. The recent crackdown has possibly led to resolve the biggest concern of the Bitcoin community despite the short-term issues such as high block generation time and reduced miner profits. The miner revenue of both Bitcoin and Ether miners reduced to half since May when the crackdown began. However many beleive as soon as miners relocate to other countries and switch back their mining equipment the current network bash power, as well as block generation time, would return to normal.