The much-awaited Ethereum (ETH) London Hardfork is just a couple of days away with the node syncing in progress, which promises to bring major improvements in terms of scalability and the growing gas fee problem. The upgrade could take approximately 2 more days as 65.6% of the total nodes are ready to sync while the other 34.4% is in the process. 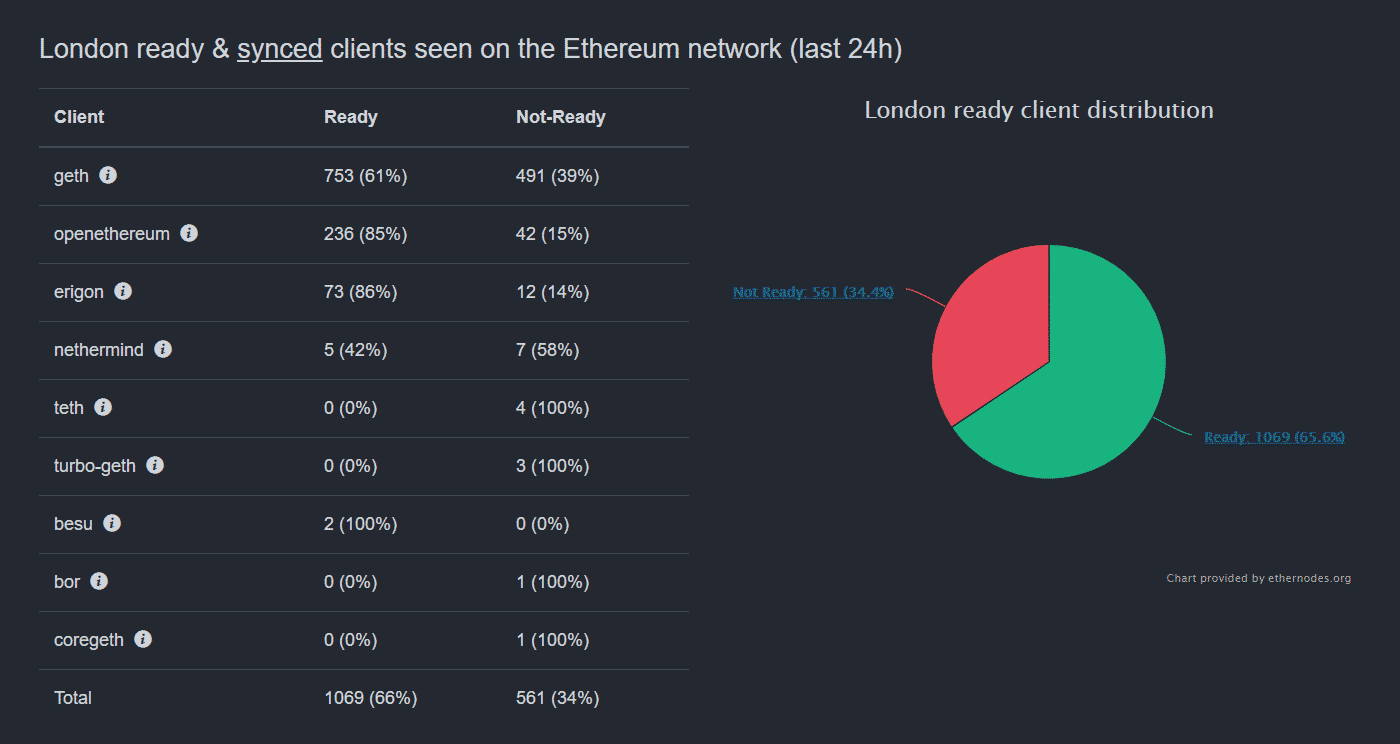 The major network upgrade would implement five Ethereum Improvement Proposals (EIP) out of which EIP-1559 is reportedly the most talked about. The implementation would eliminate the direct interaction between traders and miners. After the implementation, the gas fee paid by traders would directly go into the network vault and it would fix a base price for transaction processing paid out to miners. The implementation would make Ether a deflationary token as well since the remaining tokens in the network would be burnt out of the circulating supply.

Ethereum miners were against the proposal for obvious reasons, but developers realized the mounting gas fee issue has led to network congestion on several occasions and intervention was necessary. The booming Defi and NFT market has made the gas fee problem even more intense. Thus, the London Hard Fork is seen as a major upgrade before the move to ETH 2.0.

Crypto exchanges have started preparation for the upcoming London Hardfork as Binance announced the suspension of ETH and ERC-20 tokens deposits and withdrawals from 2021-08-05 11:45 (UTC). The developers behind the project revealed that traders who hold their ETH in web wallets or exchange wallets won’t be impacted by the upgrade and don’t require to take any actions.