Not just those who have invested in Bitcoin have gained, but so have those who facilitate in trading. Bitcoin trading engines and other support mechanisms are the majority of the costs associated with the overall trading.

It’s time we dive deep into the topic and clear a few concepts!

How transaction fees is calculated?

Contrary to conventional financial institutions which charge fees per transactions, Bitcoins fees are independent of the amount of money you may be sending. The fees incurred for sending $1 worth of the Bitcoin may be exactly same as sending USD1, 000. Fees aren’t calculated in dollar amounts, or even Bitcoin numbers. They’re determined by “Satoshis per byte of the data” that is sat/byte.

A Satoshi is the most basic or smallest quantity or denomination of the Bitcoin: 100,000,000 Satoshis make up a Bitcoin.

Rather than paying for each Bitcoin you are sending, you have to pay for the quantity of data contained in the block your transaction uses. On an average, one transaction is about 226 bytes, hence the time it requires to ensure a transaction is dependent on the fees sent with the transaction.

The bitcoin miners are making millions of dollars from the transactions. They are tech savvy people or techies whose fees rose just as the bitcoin rose over the years.

How transaction fees are related to Bitcoin price

When the things began to look up in the Bitcoin investments about a year ago, the traders worked for the investors for lower margins also as they were getting paid in bitcoins themselves. As a result of this they were making handsome money themselves. But with the currencies price plummeting even slightly as in the recent past, the traders’ profit margins have also been affected forcing them to raise their fees making the trading further costlier. The Bitcoin traders and the related websites are hiking their fees to make up for the losses incurred due to bitcoin price crash by profit making Bitcoin selling.

Cost of Rise in Bitcoins

Every transaction is added into a ledger that’s growing longer and longer. To solve this Bitcoin was split into two as you may already be knowing. This temporarily reduced the processing cost of the transactions but the problem is far from being fully resolved with the recent price crash observed in the Bitcoin resulting from profit making. 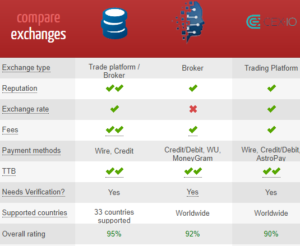 Of late, people have been investing in the Bitcoins not because of the future technological and financial solution giver it is but only because they wanted to make quick money out of it. As a result prices soared exponentially. The trading engines operated also adjusted their business and operational costs as per the growing demand. Everybody went after the Bitcoin with whatever money they had with them, some even borrowed and invested. Bitcoin was and still is an innovative problem solver future currency that is unregulated and is an asset but people are blindly investing in it, giving rise to fear mongering, speculative trading and profit booking. Bitcoin was always going to surge, but it surged too rapidly and what follows is an obvious market correction, leaving the operating costs of the transactions a little too high.

But “will the higher transaction fees affect bitcoin’s price?”

Probably not. Market Analysts believe that bitcoin usage makes up for a relatively small percentage of the total cryptocurrency transactions in the market.

Just three out of the topmost 500 retailers accept the bitcoin. As per Faucette, it was “way easier to trade speculatively than convince new merchants to accept the cryptocurrency.”

“Bitcoin owners don’t want to use this cryptocurrency, for the rate at which it is appreciating, more proof that bitcoin is far more an asset than a mere currency.”

Facebook Twitter LinkedIn
Achal Arya
519 Articles
I am an entrepreneur and a writer with a bachelors degree in Computer Science. I manage the blockchain technology and crypto coverages at Coingape. follow me on Twitter at @arya_achal or reach out to me at achal[at]coingape.com.
advertisement