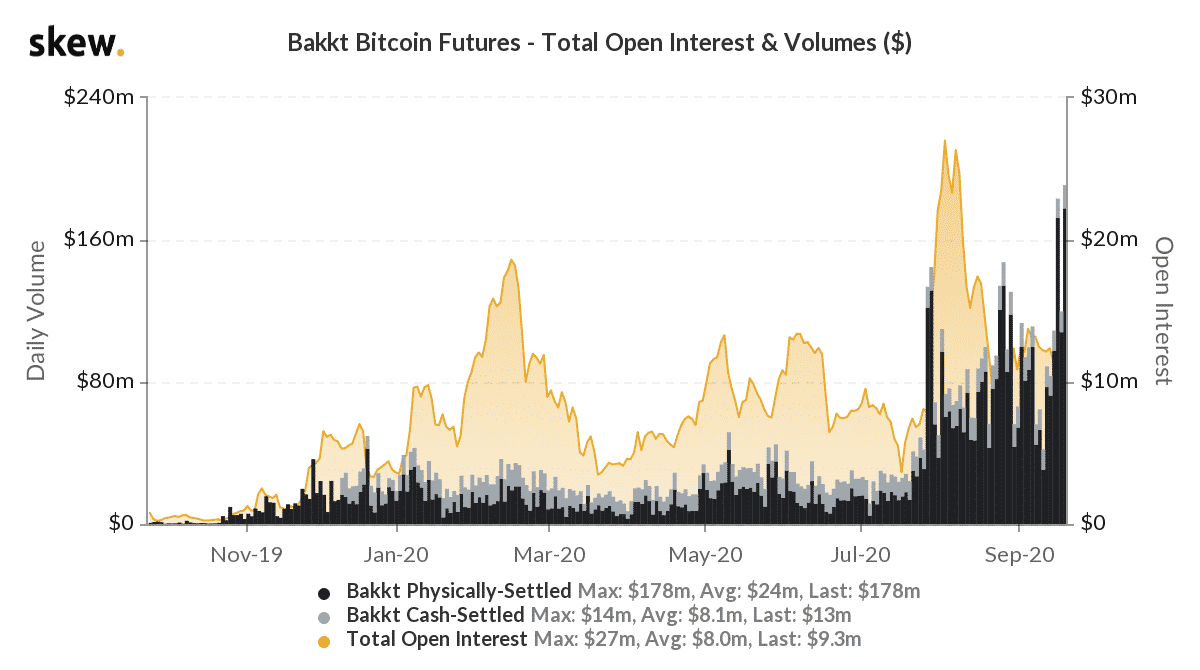 Even though Bitcoin’s value is inching closer to $11,000 after a struggle in the market since the beginning of September, not every bull in the market seems optimistic. Given the current price point of the digital asset and the week it has been having, the market appeared volatile and it may not be possible to get good returns. This was because of the inflation and low-interest rate have restricted the yield bonds to offer better returns. While crypto seems shifty, it would be a good time for investors to temporarily focus on the stock/equity market given the attention it is receiving from the Fed.

Bakkt’s trading volume on a rise

Although Bakkt has remained dormant for the most part of the year, it has been recently reflecting the interest of the institutions. 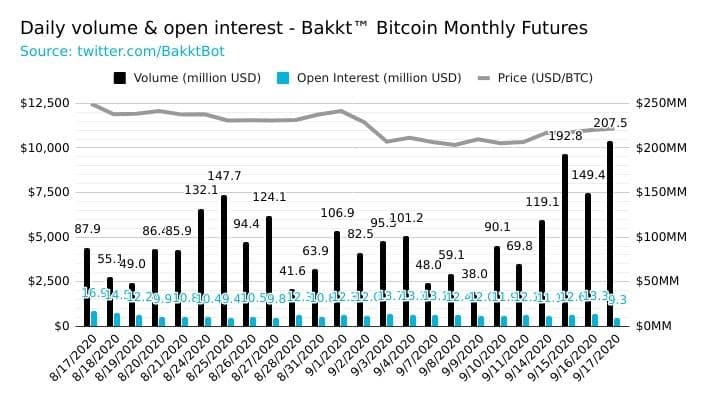 The price difference in near-dated bitcoin futures against spot can be used to determine the premium. With September’s expiry approaching, a lot of users may be looking to capture this premium, which could be the reason why BTC’s value is rising along with Bakkt’s volume.

While another reason for this could be the deficiency of cash causing the aforementioned premium to rise and causing a contango/forward action.

Genesis Capital’s Q4 report had stated than inefficient markets like Bitcoin’s, “the steeper curves might be present for longer as there isn’t enough available cash for trading firms to take advantage of this arbitrage.” It added that:

“It becomes somewhat of an arms race during periods of steep contango and borrows rates on cash spike.”

As Bitcoin’s market is overleveraged from time to time, this could be a reason for the rising premium.

As the Bitcoin trading volume rises, the price of the digital asset is also marching higher. After being a part of a kangaroo market, volatility appeared to seep in as the asset traded at $10,979, at the time of writing.

Why Tesla FUD Won’t Matter Anymore for Bitcoin ?
Bitcoin price shot up 12% in an hour earlier today to record a new monthly high of $39,230…

Bitcoin Price Forecast: BTC Makes A Massive Run For $40,000 As Investor Sentiment Shoots Up
Bitcoin price breaks out amid a tight squeeze as bulls aim for recovery above $40,000. Vivid buy signals…