Correctly predicting the Bitcoin price is a tall order. Even as the price of one bitcoin soared above $10,000 in 2017 last year, it raged a debate over what, exactly, Bitcoin is: A digital store of value, a revolutionary payment platform, or the promise of a completely new, blockchain-based financial system.

For people, it has a different meaning and so were the price predictions.

Bitcoin price increased tenfold in 2017 and moved into the media mainstream. But for all the headlines and Bitcoin billionaires, the underlying technology mostly stood still. With the technology being same what could be the factors that can take the Bitcoin to the new high.

When BTC futures were launched on CBOE (Chicago Board of Options Exchange) it rose 19%. Such was the Euphoria that the trading was halted twice due to sharp price rises. This step was considered hugely positive as it moved toward legitimizing the digital currency in the eyes of big, institutional investors who now could trade in it.

Same is expected to be the case when many companies who speak of launching a Bitcoin-based ETF. The floodgates could soon open for the institutional investors that can’t yet invest in bitcoin or are still fearful to take position in futures. 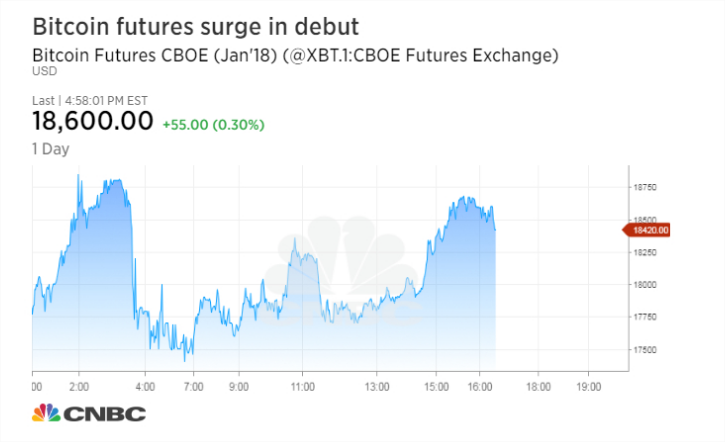 It’s not just bitcoin gaining traction, a lot of Altcoins have come into the mainstream. And as these gain tractions in terms of utility as people start understanding them. But not a lot of crypto exchanges accept fiat and if an investor needs to buy a coin which is still in a nascent stage it has to acquire BTC to be able to buy the other Altcoin. This clearly give BTC a “gold standard” and allows it to be exchanged with any altcoin. Most exchanges across the globe support pairs of various altcoins with BTC.

This is the most significant piece, that can drive or dive the Bitcoin price and there has been a significant rise of countries accepting the presence of cryptocurrencies. A lot of countries have guidelines in place and a lot of them are contemplating. There are many countries against it but the acceptance rate is slowly moving.

Some of the leading countries that have been in favor are Estonia, The United States, Denmark, Sweden, South Korea, The Netherlands, Finland, Canada, the UK, Australia, Japan among many.

As the Cryptocurrencies become more mainstream and its utility increases a lot of other countries would surely embrace it too.

With BTC manifold rise last year and finding its place in mainstream media, A lot of people have suddenly gained interest in it. A lot of them being attracted because of quick money, but a lot of investors are trying to understand the technology and the value it holds.

Another aspect that could work in favor as the people who would hold this would be well informed and educated. Just to give an example this year’s Blockchain Week New York say the highest attendance.

In 2015, the first Blockchain Week saw 1,500 people in attendance. The turnout the following year nearly doubled to 2,700 attendees. This year, the event is expected to attract about 8,000 people, half of whom are coming from outside of the United States.

A lot of things are still in the balance as many people would argue with the negatives. But with positivity and best outlook one would pick up the positive and be optimistic about cryptocurrency being accepted and Bitcoin price achieving new high year after year.

Will the BTC challenge or co-work with the fiats? Will the countries slowly accept this new currency on the block? Do let us know your views on the same.