Bitcoin today created another new all-time-high by breaching $41,000 early today after seeing a minor rejection at $40,000 yesterday and the equity adjusted dormancy flow for Bitcoin has reached a very key threshold. 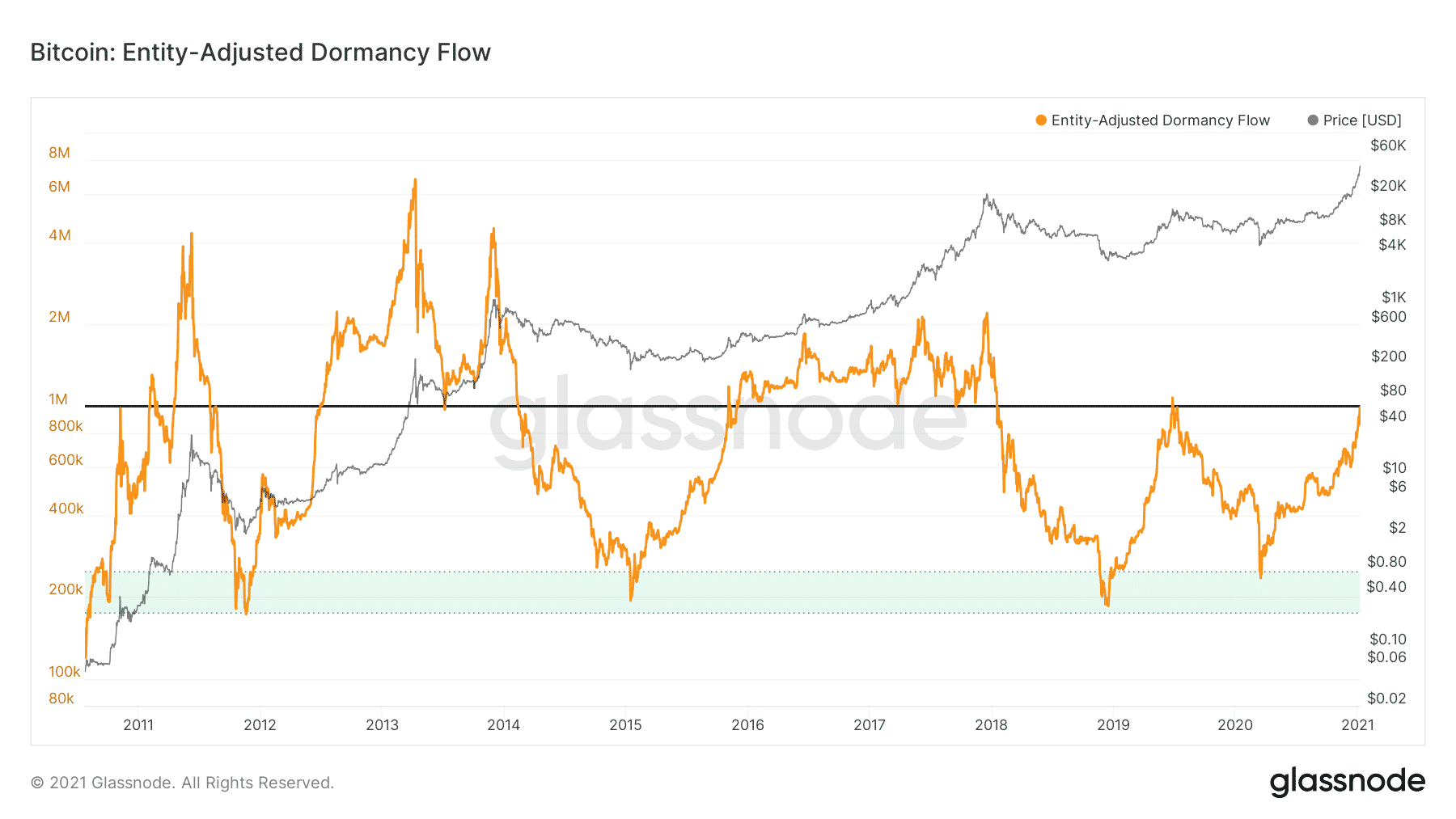 Prior to the 2020 bull market which began in late October, 2020 many believed bitcoin would definitely breach its precious all-time-high but would register a dip as more players would start selling, however, that has not happened yet and been when BTC has more than doubled its previous ATH, they don’t want to sell it at this price suggesting we are far from the top.

Dormancy Flow is seen as the,

The average number of days each coin transacted remained dormant, unmoved. The higher the dormancy, the older the coins transacted are on average, and the more old hands are releasing their bitcoins into circulation. Dormancy flow going up means coins are being traded.

If one has to understand how Dormancy Flow works it can be understood,

1. Coming out of the accumulation phase in the late bear cycle, dormancy is low

Thus the current threshold suggests Hodlers are not ready to sell their bitcoin even at a price point above $40,000.

Bitcoin is showing no signs of fatigue or any price crash fears despite rallying more than $21,000 in the past 21 days and it looks like the 2017 high of near $20,000 would just be a blip on the chart just like 2013 high. While institutional FOMO for sure is a major reason behind the ongoing bull run, but over the past couple of weeks, retail whales were seen quite active and bullish with numerous buy orders of over $1 million on different exchanges.