A sudden euphoria has crept into the Bitcoin community reflecting on the price of the top cryptocurrency since the historic crash on Mar.12. A 150% gain later, a momentary stay above the $10,000 mark, the halving event and a reversal to $8,100, which caused Coinbase and its sister exchange, Coinbase Pro to crash for slightly over an hour, the price of Bitcoin look steady showing long bullish signals once again.

Notwithstanding, recently, two billionaires – JK Rowling and Elon Musk – exchanged a conversation on Bitcoin raising the topic to over 40 million combined followers adding several no-coiners into the loop.

With the markets flourishing and the positivity around the market at levels last seen during 2017’s run, Blockstream’s Samson Mow has come forward warning the users of a missed opportunity if they don’t buy BTC at the current sub-$10,000 levels.

A tweet sent out on Sunday morning, Blockstream’s Mow, compared the current buying opportunity to 2016’s levels as BTC/USD targets to breach the $10,000 mark.

Bitcoin fundamentals do measure up to the post-halving period in 2016, a year before the magnanimous bull run that sent BTC prices to all-time highs. Over the past few weeks, the number of unique addresses holding non-zero balance has been on an uptrend encapsulated by the third-highest number recorded in a day since the 2017 highs on May 7th. 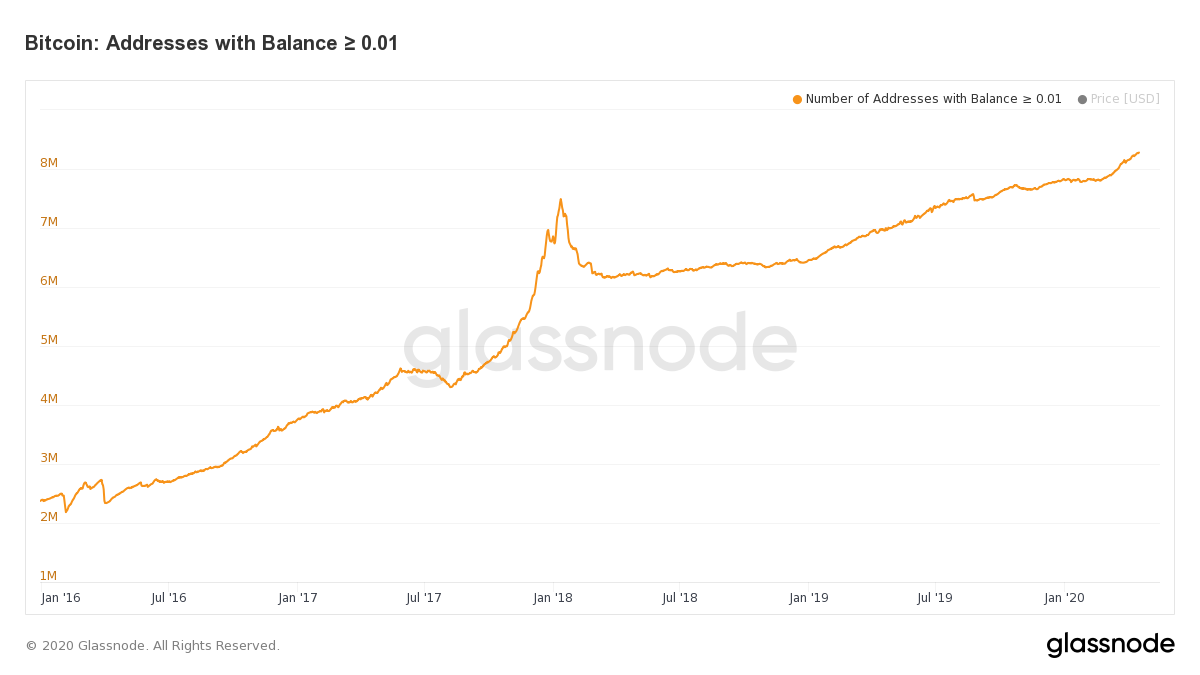 Additionally the number of addresses with balances of at least 0.01 BTC (~$100) has been skyrocketing in 2020 reaching all-time highs at 8.2 million wallets as of April 16. Heading into the halving, the number of active addresses surged over 30% in a month.