Imagine being able to pay less than a third of what Google Cloud charges for its cloud storage services. For companies that spend thousands of dollars on cloud storage services every month, this would be game-changing. Yet, that’s what Poseidon, a blockchain project launched on the ABCC IEO Launchpad, is promising.

Poseidon is a freshly launched project that aims to utilize the blockchain to bring together entities that need cloud storage and bandwidth with IoT owners who have excesses of these services. The startup mainly targets web content providers who sometimes have to pay excessively to optimize their content delivery services. Their current clientele include video streaming companies, video content producers, bloggers, developers, web designers and trading platforms.

Poseidon is one of the very first blockchain projects to be launched on the ABCC cryptocurrency exchange. Its goal is to provide a platform where desktop and device owners can benefit financially from having excess bandwidth or storage.

Individual smartphone and desktop owners shall be categorized as light node providers. Companies with large networks of attached storage systems will be Super Node providers. When either type of providers shares their extra resources through the Poseidon Network, they will receive compensation in the form of QQQ tokens.

To provide its services successfully, Poseidon is based on a layered system. Layer one is dependent on a Directed Acyclic Graph, meaning it has the ability to expand infinitely. This can also help lower transaction fees as more nodes join the network.

Layer 2 is a mixture of technologies used by other blockchains, including smart contracts. It will help make the Poseidon platform safer and faster.

Poseidon details facts about its project on a 56-page Whitepaper. It’s more technical than most whitepapers and highlights information many new kick starters fail to mention. The document begins by outlining a market analysis of the data-storage industry globally before describing its services and applications.

Poseidon prides itself in not only offering a platform for device owners benefit for having extra bandwidth and disk space but also for being a super-fast platform. As described in its whitepaper, there are plans to tap the speeds of the 5G network to reduce latency and make their network the best cloud networking service in the world.

The whitepaper further shows how Poseidon plans to share its 21 billion pre-mined QQQ tokens. Investors will compete for 10% while the team and advisors will share 30%. A huge percentage of the communities, 30% will be held for tokens while another 30% will be kept as reward for miners.

The Poseidon project consists of a large team of at least 25 members. Twelve of them are advisors, a significant number considering the average ICO/IEO has five or fewer advisors. Almost every member has a background in blockchain, which makes it strong and apt for the project at hand.

Light Lin—the CEO and a co-founder, Lin is a successful serial entrepreneur whose ventures include Wretch.cc, a company acquired by Yahoo. He is also the co-founder of BiiLabs, a Taiwan-based tech startup. Lin’s strong point is his creativity and ability to scale startups into successful brands, skills he hopes to bring to Poseidon.

Mike Lin—the network’s COO, Mike is expected to oversee most of the day to day operations at Poseidon.

Qing Wang—a co-founder the Chief Technological Officer, Wang is mandated Poseidon’s team of architects, production engineers, designers and everyone else handling the technical aspect of the network.

Andy Tian—CEO of the Asia Innovations Group, Tian will be an advisor to the Poseidon network. His background is management, particularly mobile startups that offer entertainment services. Since video content acceleration will be an important branch of Poseidon, Tian’s advisory services will be impactful to the network. Poseidon is based on a solid business model. The network will utilize the blockchain to facilitate content acceleration in a more cost-effective yet fast and efficient manner. It’s clear what Poseidon has to offer. However, it’s a new project hoping it will be able to disrupt the multi-billion cloud storage industry.

One way the startup hopes to attract users is by monetizing its services to everyone involved. Computer and device owners around the world will provide the storage and bandwidth content providers and business require.

They will get paid in QQQ token. Entities that want to hire the extra storage and bandwidth will also pay using the same tokens. Poseidon will profit by charging fees for its services. Despite this, the network aims to keep its charges for bandwidth at 0.03 USD for every one GB of bandwidth delivered. Competitors like Google Cloud, Amazon, and Microsoft charge between 0.09 and 0.123 per 1GB.

Poseidon consists of an independent blockchain inspired by Ethereum, NEM, and EOS. It also integrates a variety of content delivery systems. Together, these systems make up a network where users can share all kinds of files easily and fast. Within the ecosystem are decentralized apps guided by smart contracts, Poseidon’s decentralized CDN and QEdge systems.

Unlike Initial Coin offerings, Poseidon kick-started on the ABCC exchange Launchpad. ABCC is a cryptocurrency marketplace, like Binance or Coinbase. And like Binance, it has a service that allows new crypto projects to tap its popularity for marketing purposes.

ABCC is relatively new and supports slightly over 70 altcoins. BTC, ETH, USDT and ABCC’s newly launched AT token are base currencies on its website. As a new exchange, ABCC doesn’t have the huge customer base Binance boasts of.

Still, it’s a growing company that’s far more popular than startups like Poseidon. The exchange has the resources needed to market Poseidon and later add it to its list of tradable coins. This will help Poseidon network to gain mass adoption faster than if it endeavored on promoting its services independently.

ABCC will handle KYC verification to anyone willing to invest in Poseidon Network. Speaking of investing, the project’s global funding phase is currently ongoing. Poseidon Network is based in Taiwan, a country that supports crypto, but people from all over the world can invest.

As aforementioned, money invested in Poseidon Network will be held in smart contracts for six months. Investors will receive QQQ tokens immediately, however, and will be able to trade them on ABCC shortly afterward. The minimum you can invest is 50 USDT, which earns you 25,000 QQQ. 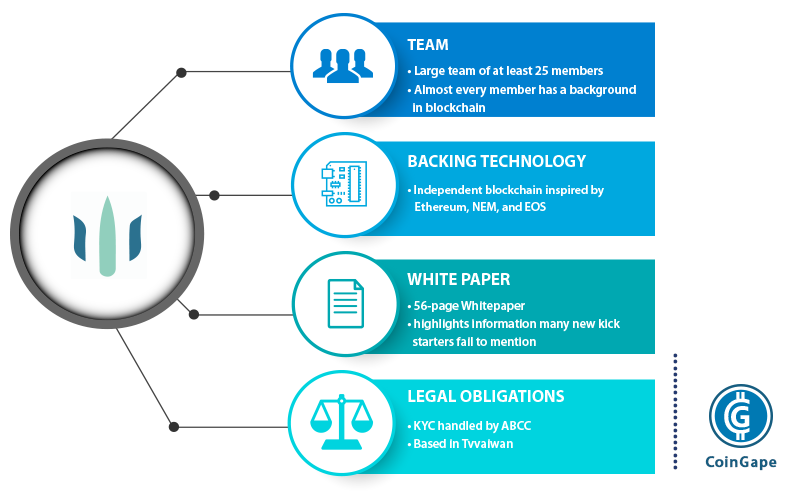 Although 2.1 billion QQQ tokens will be sold during the IEO phase of the project, it will represent only 10% of total QQQ tokens. The team will keep 20% of the tokens. Advisors and partners like ABCC will share 10% while 30% will be held for bounty purposes. The remaining 30% will be used to reward miners, the people who rent out bandwidth and storage to the community.

Poseidon Network’s PSD tokens, which will be used as securities for eligible investors, are ERC-20 tokens. Only 1 billion of them will be mined. Their prices and allocation structures will be released at a later date.

Poseidon Network is surprisingly popular for a new project. It has 11,000 followers on Twitter and 5000 likes on Facebook. The startup is most popular on Twitter, where it publishes messages on a weekly basis. The group’s Medium blog is also popular and active.

The project started last year. The development stage was over by Quarter 4 of 2018. Poseidon welcomed private investors in late 2018. Currently, the group is in a public fund-raising phase. Within a few months, Poseidon expects to start turning profits as high as 9M USD per month. It will also finalize is decentralized QEdge and Qontrollers systems by the fourth quarter this year. 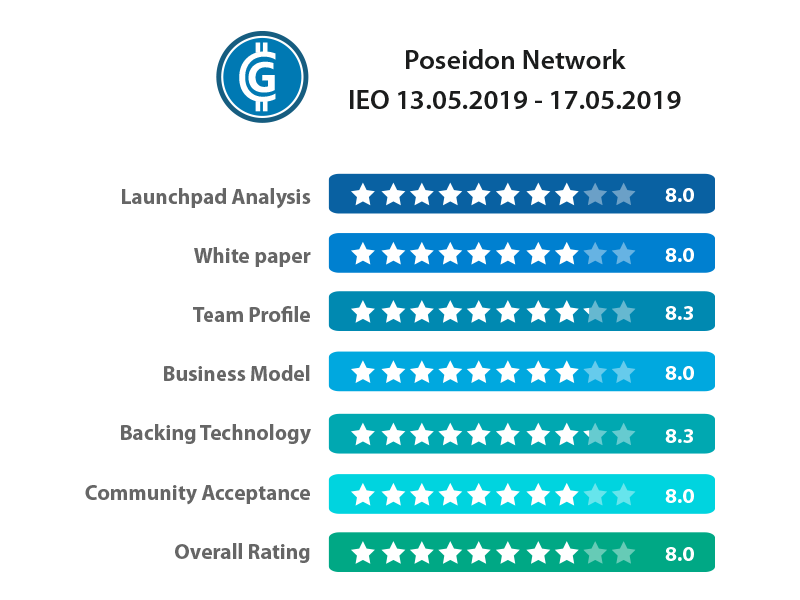 A Note to Investors

Poseidon Network has a solid business plan and a large, diverse team of engineers, managers, and advisors with a rich background in the blockchain. The project’s technical systems are already completed, meaning most of the additional funding will go toward marketing and polishing up systems.

The project’s target audience is the billions of people currently being served by Google, Amazon, and Microsoft through their cloud storage and computing services. It’s a crowded industry but then again the market is huge and ever increasing.

Poseidon’s biggest challenge is to convince content providers to embrace its platform. It already has the systems in place. Marketing and keeping its network up and running 24/7 will be its key missions. If it can achieve that, Poseidon could become a force to reckon with.

You can buy the Poseidon Network token on ABCC exchange.

Handpicked Stories
Stan Peterson 310 Articles
Being an active participant in the Blockchain world, I always look forward to engage with opportunities where I could share my love towards digital transformation.
Follow Stan @