Anyone can take part in the famous Max H. Bazerman’s experiment, not only the Harvard students. With charbetto, you can participate in such an experiment from the web.

The experiment is very simple. There is a prize. Participants make non-refundable bids. The highest bidder wins and takes the whole prize. 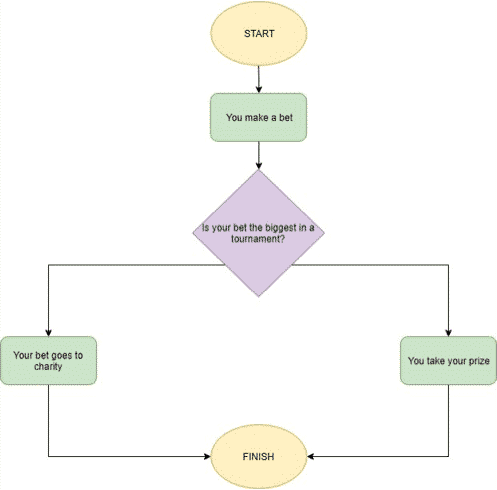 Bids don’t disappear. They are added as funds to smart contract account. If the total sum of eth at smart contract increases during the 5-day period, 10% of the increase is distributed between charity and developers. Other 90% will be used as a bank for new prizes. When the smart contract is terminated, 90% of its balance goes to charities. So there is no point for developers to manipulate the experiments. Anyone can verify, that charity addresses actually correspond to claimed charity receivers.

Every five days a new charitable organization is chosen by community voting. The list of organizations is available here (with a list of transfers). Archive.org and Machine Intelligence Research Institute are already on the list.