The Ministry of Finance of Lithuania has come up with ICO guidelines considering tokens offered in ICO’s as security. The guidelines say that depending on the conditions of a specific ICO, the released tokens may grant different rights to their owners and hence the law regulating them would apply depending on the case may be.

According to the presentation shared by the ministry, a key feature in the suggested framework regarding the law that would regulate is whether or not a token “grants profits or governance rights” to investors who obtain the token through an ICO. The document seems to be a well-thought one as it tries to cover every gamut under which ICO can be issued. The document is still not a final document, the aim of it has been to bring transparency so that ICOs can be carried out in a regulated environment and avoid frauds.

The following picture from the presentation would be quite insightful in understanding: 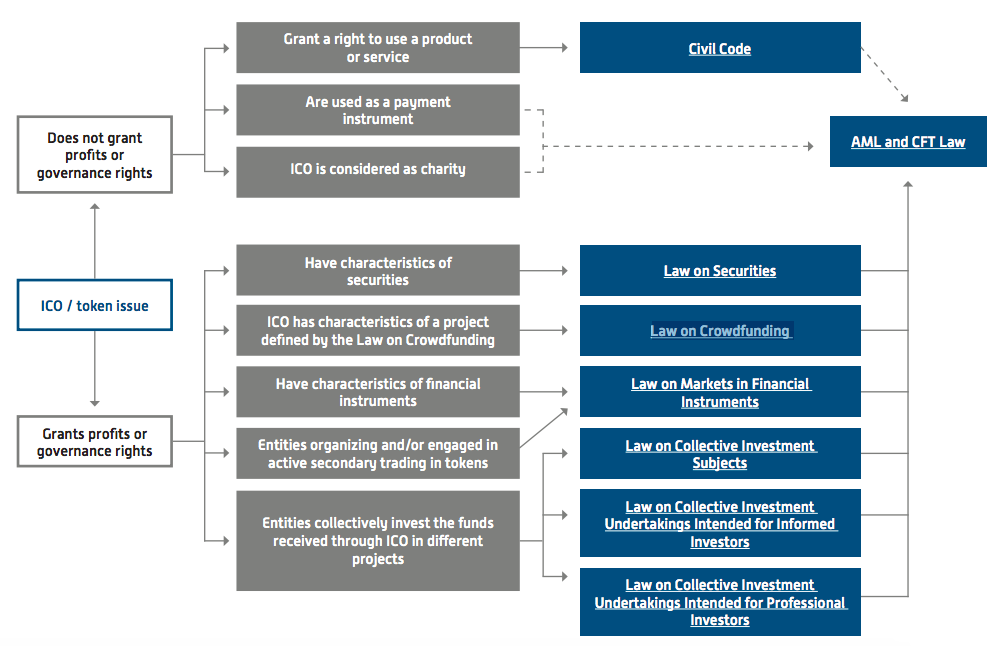 Vilius Šapoka, Minister of Finance said in a statement while releasing the guidelines.

“ICO market has not been regulated yet. It has huge potential but there are risks that we must manage. We should make our efforts for Lithuania to become the main headquarters for those ICO project promoters who are willing to operate in a transparent and orderly legal environment”,

ICO’s other aspects covered as well

The ICO guidelines presentation covers, not just the law under which ICO would fall, but also other aspects such as Taxation, Accounting, and Amendments to Anti-Money Laundering and Counter-Terrorist Financing Law of Lithuania.

As far as taxation is concerned, in terms of Corporate Income Tax and Personal Income Tax, according to the substance and economic sense of transactions, the virtual currency is recognized as current assets that can be used as a settlement instrument for goods and services or stored for sale. In personal income tax Income received from individual purchases and sales of virtual currencies will be taxed standard 15% fixed income tax rate.

For the purposes of the VAT, the virtual currency is considered the same currency as euros, dollars etc. It further details when an ICO can be exempted from the VAT and what would be the deduction associated towards its expense.

For Mining, the VAT is applicable only If a person receives a reward (no matter in what form) for supplied mining

The ICO Guidelines also state various accounting practices related to cryptocurrencies major being Cryptocurrencies used as means of payment (cryptocurrency coins) should be attributed to financial assets (BAS 18), which is measured at fair value by presenting the change in fair value in the profits/loss statement as per Business Accounting Standards or Lithuania GAAP.

With this ICO guidelines, Lithuania has given itself an advantage over other smaller counties and other tax havens in accepting cryptocurrencies. Will the other tax haven follow the same? Do let us know your views