Nano team is dedicatedly working on developments as it announces the release of Android and Desktop wallet this week with its iOS version been sent to apple along with working on their protocol. The team shared their gratitude for Nano community and further announced the giveaway of 100 Ledger Nano S’.

Nano has been actively working on constant updates and developments. The team has now shared the latest update, which it plans to do so every Monday, from now on, of the upcoming wallets this week.

In its official blog, the team shared that this week the Android and Desktop wallets will make their entry. When these wallets will go live, they will be open source. As for the iOS version of the wallet, Nano has sent all the info to the Apple last week itself, and now waiting for the approval to have it released. 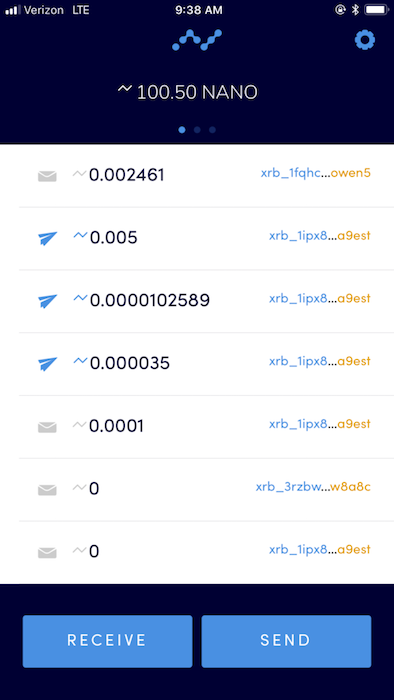 The team is also looking forward to collaborating with the community in order to implement desired functionality and smooth design once it is released. Nano community has apparently been very active as the team says they have some great designs already in from the community. Nano team also shared insights into the development side where they are focusing on “optimizing the protocol to reduce bootstrapping times and improve syncing.” Over the last several months, the protocol has been worked on and made more robust. Again, the blog appreciated community’s involvement as it explains,

“The community has been a huge help in testing various improvements and spinning up fresh nodes to provide us data, as always our team would like to extend our deepest thanks to everyone’s commitment.”

Working on a better future

The blog was concluded with a good news for Nano community as they have received an allotment of 100 Ledger Nano S’. These will be distributed through contests, rewards and giveaways to the “community members for creating great stuff.” This certainly has the Nano community elated, as one Nano enthusiast Alexander Thoms commented on the Medium blog post:

“I really appreciate the continued progress this project is making. Keep up the good work!”

Another one, Kris commented:

“Starting with today, we will release a development update every Monday. The Nano community dream come true.”

Previously referred as Railblocks, by promoting zero fees while making transaction makes the cryptocurrency one of the top coins for holders. With fast and free transactions, this digital currency is designed for the real world usage.

Just last week, the team released Nano Node Version 14.0 that was aimed to reduce the network usage and bootstrapping. At the time of writing, Nano has been riding at $2.77 with a 3.39 percent increase in its prices in the last 24-hours. With a market cap of $369 million, Nano ranks at 37th position, according to the Coinmarketcap. In January, Nano price hit its highest at about $34 but dropped down to $7.04 after the Bitgrail hack. At the beginning of May, it experienced a bit of spike as it went to approximately $10 price level. However, since then, it has been registering a constant downward momentum.

With constant developments and updates, Nano team is aggressively on work that might even reflect on its prices with time.

What are your views on these updates? Share your thoughts with us!