Chinese online second-hand market is now seeing a surge in small hydropower plant listing over the past couple of weeks as crypto miners rush to leave the country.  As per a report in SCMP owners of these small hydropower plants are selling their stations in light of depleting demand for Bitcoin mining energy supply in the country post crackdown on crypto mining and trading.

During the early phase of the crackdown, the second-hand marketplaces were primarily flooded with crypto mining rigs, and now that the crackdowns have intensified even clean energy sources like hydropower plants are being sold. A majority of these small power plants are located in Sichuan province, a hub for clean Bitcoin mining. Earlier many thought the crackdown would be limited to provinces where mining is being done using fossil fuel, but a sudden closure of some of the largest mining farms altogether forced many miners in the country to start looking for alternatives.

Chinese crackdown on crypto is nothing new and every bull cycle China has imposed some form of restrictions on the crypto ecosystem. Back in 2017, the Chinese government banned all crypto exchanges in the country. However, this time around the crackdown on miners and crypto trading is said to be the strictest until now.

China accounted for more than 50% of the Bitcoin mining hashrate before the crackdown began. At the same time, such a high concentration of crypto miners in one place was the biggest centralization argument against Bitcoin. Thus the crackdown has helped the bitcoin network to become more decentralized.

The intense crackdown has forced crypto miners in the country to relocate to North American nations where energy supply is subsidized and available for cheap prices. Apart from North America, Kazakistan has also emerged as the choice for miners to relocate their mining farms. The crackdown also serves as an opportunity for other nations to attract migrating crypto miners and become a part of the Bitcoin ecosystem.

The crackdown on mining has led to a significant drop in Bitcoin network hashrate which has dropped by nearly 70% over the past couple of months. 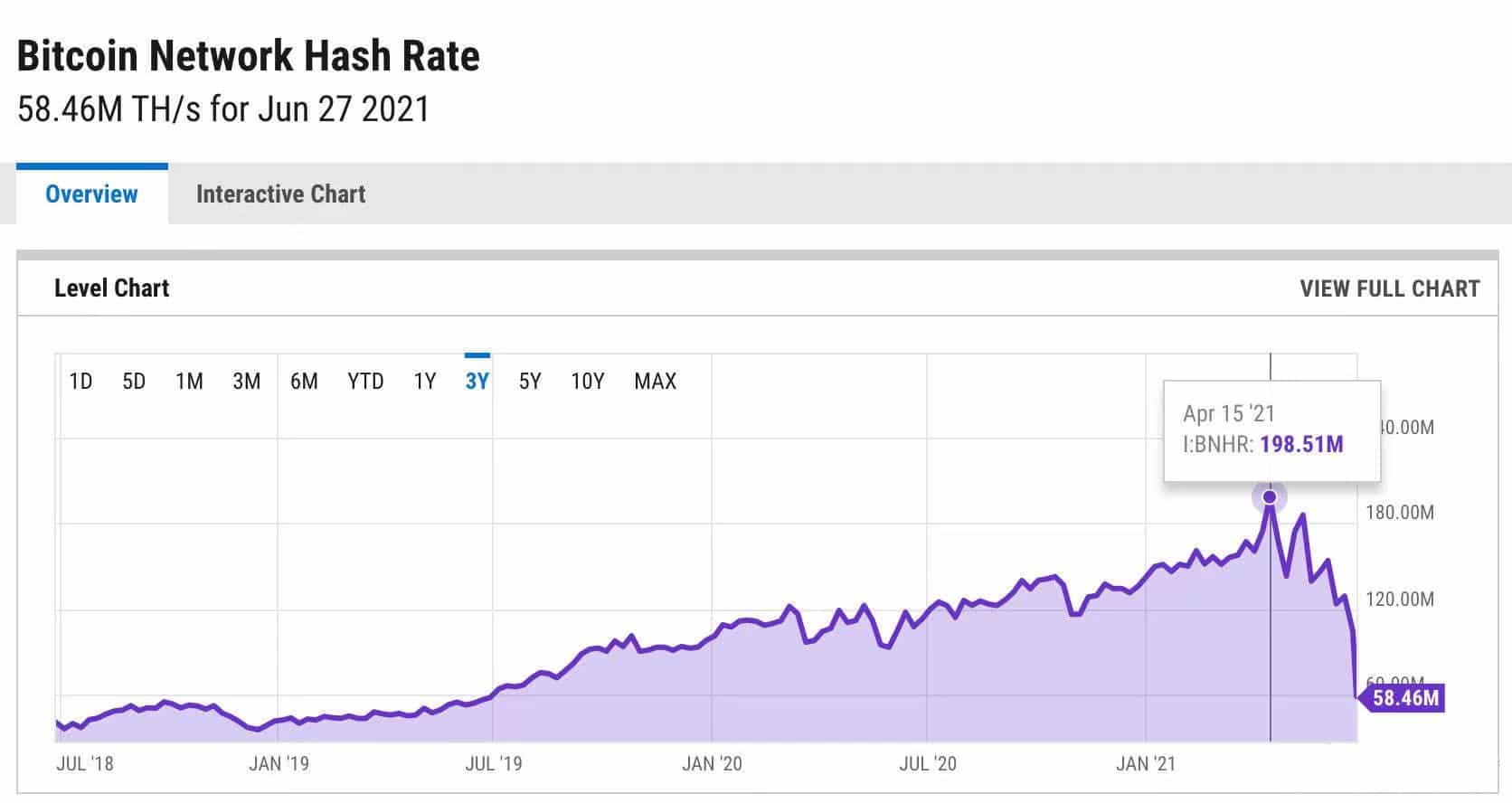 The block generation time has hit an 11-year high while the network is heading for the biggest difficulty adjustment in history.