Upcoming fantasy sports and NFT gaming platform, DeFi 11 has recently announced its public launch through an IDO route. This IDO comes as no surprise to those who have been apprised of the platform previously as the DeFi 11 team disclosed its roadmap for the near future.

For those who are unaware, DeFi 11 is planning to be the best thing for fantasy sports and gaming since the Fantasy Premier League came and stole our collective hearts. After seeing the amount of exploitation brought about by a highly centralized system, the DeFi 11 team chose to step up and do something about it rather than sitting on their hands.

As a result of this, they have built from the ground up, a platform that is by the fans and for the fans. Poor security, exploitation, and a lack of transparency will be a thing of the past very soon. The blockchain-based platform even intends to make life easier for developers with multiple benefits being given to developers willing to migrate to DeFi 11 when it launches. Furthermore, NFT gaming is also a large part of the team’s plans, with future developments expected to introduce peer-to-peer predictions, excising the need for an intermediary in player transactions.

The upcoming Dex offering will be launching on Polygon’s native launchpad, Polystarter as well as Redkite. Polystarter is an especially good choice for the launch of the IDO. Although lesser known than its more popular counterparts, Polystarter is built on the Polygon network which in turn is a layer-2 protocol on the Ethereum Network. This alone brings forth a host of possibilities for new projects as Ethereum is a well-established network with a lot of positives. 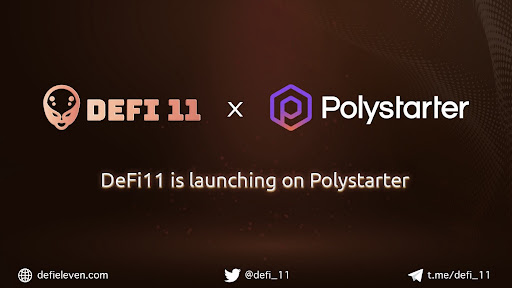 Separate from this, Polystarter is dedicated to giving all projects a fighting chance among the sea of new projects constantly being released. Permissionless listing, fair and decentralized fundraising and complete launch support are just a few of the many perks DeFi 11 will be getting from choosing the Polygon-based launchpad. 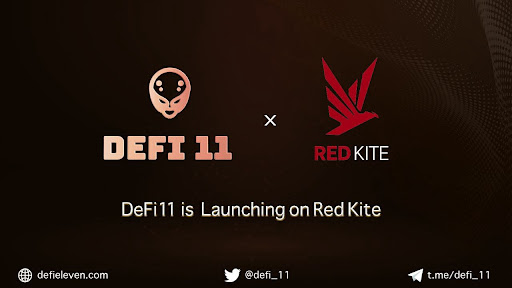 Redkite is similarly a well-known competitor based on PolkaFoundry that has managed to consistently punch above its weight. Supported by high-profile influencers, marketers, and communities, Redkite strives to give new projects unparalleled visibility. A thorough vetting process by the team also guarantees safety for investors and ensures that only the cream of the crop enters into the ecosystem.

The IDO is slated for launch on the 20th of September and more information can be found on the team’s official website and medium page.

Following the launch of the IDO, the DeFi 11 team has also announced that the token will be listed on Ascendex post one hour after IDO.

The Road Ahead for DeFi 11?

Currently, the team is looking forward to the IDO but it has already published an extensive roadmap detailing its plans after that. For the final quarter of this year, plans are in place to establish an NFT marketplace, the alpha test of the virtual world, and a reward staking program.

2022 also promises to bring even more progress according to the roadmap. P2P predictions, the NFT virtual world, governance token, and community-led expansion into other sports are all in the works.

For more information on DeFi 11 and their journey, you can engage them on any of their social media accounts including:

✓ Share:
Disclaimer The presented content may include the personal opinion of the author and is subject to market condition. Do your market research before investing in cryptocurrencies. The author or the publication does not hold any responsibility for your personal financial loss.
Stan Peterson
416 Articles
Being an active participant in the Blockchain world, I always look forward to engage with opportunities where I could share my love towards digital transformation.
Similar Post