The crypto world is full of exciting projects some of which get more exposure and some less. Today, our focus of attention will not only be on promising crypto projects but also on the underlying technology that supports them.

Everyone in the crypto community has their favorite list of projects that they believe in and today, perhaps, that list might expand as we explore a couple of more cool pieces of technologies that have emerged in the last couple of years.

Several great examples that have been steadily evolving behind the scenes are IPFS, Filecoin, NDN, and NDN Link.

Some of those projects have been collaborating with one another. The most recent collaboration was at the conference in Xiamen, China (2019) between NDN and Protocol Labs, the team behind IPFS Protocol. This result resulted in continued efforts to improve the IPFS infrastructure with the help of Named Data Networking Protocol (NDN) with further release of research papers that proved the efficiency of both.

IPFS is more well-known through Filecoin because the latter adopted the IPFS technology for its project that turned out to be rather well-known and successful in terms of early investments from its ICO in 2017. The project managed to gather $200 million within the first 30 minutes of its launch! Since then, there has been quite a bit of talking about the initiative and further development of the project included the launch of the Testnet and a planned Mainnet launch on March 14, 2020. 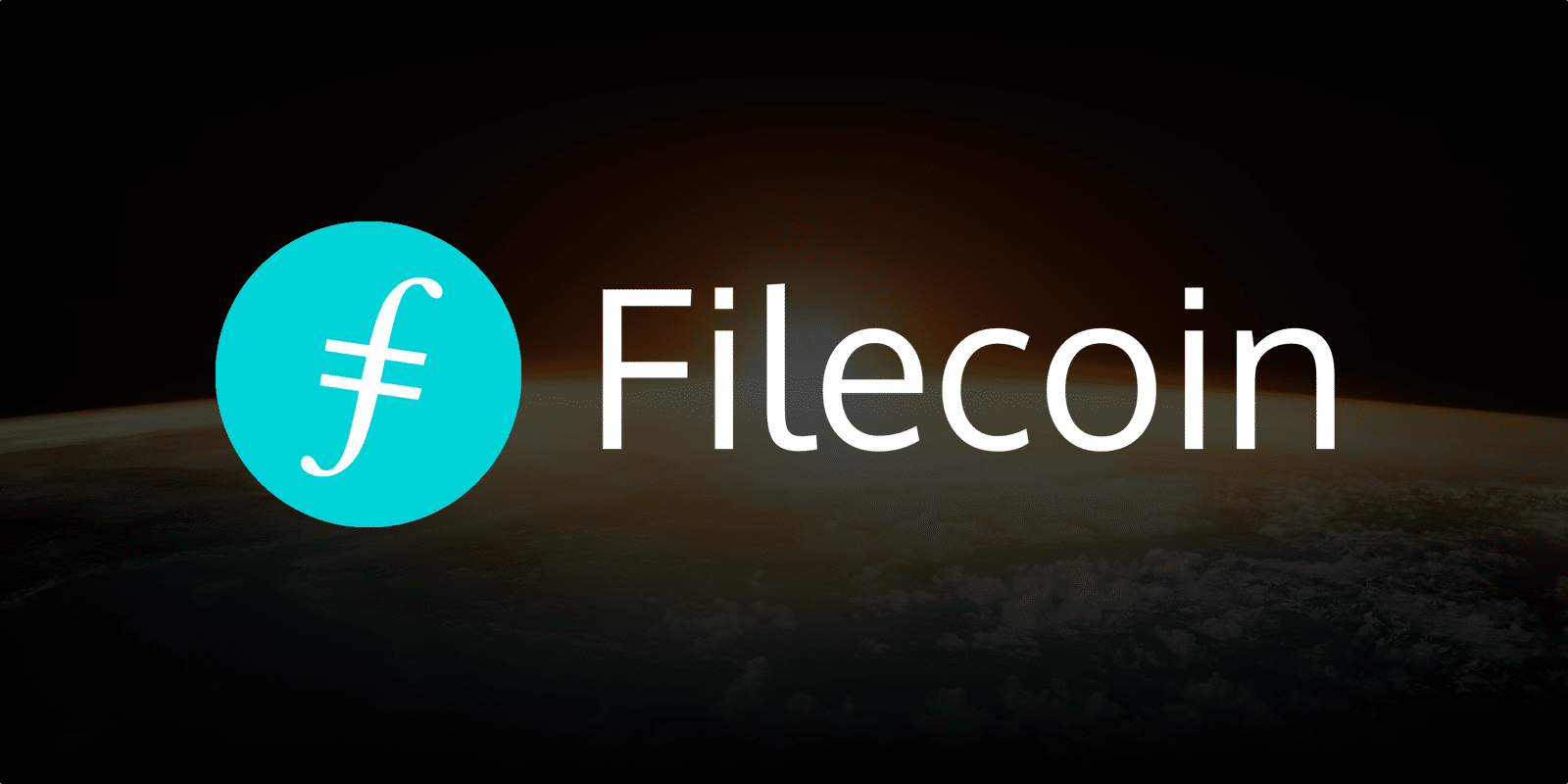 MORE ON FILECOIN AND IPFS

For those of you who may not be familiar with Filecoin, it’s an open-source, public crypto project with its own native token that aims to provide a better way of data storage and retrieval through decentralization and adoption of the IPFS protocol. It uses a Proof of Replication consensus algorithm to ensure that the files across the network are being stored correctly and that the nodes (people behind them) who are hosting the files are fairly rewarded.

Whereas IPFS is a protocol and peer-to-peer network for storing and sharing data in a distributed file system. Much like Bittorent, it aims to distribute copies of the same file that is being uploaded on the network among other nodes (computers) so that the files are easily accessible and to decrease the cost of storage as well as simplify the access to those files. The IPFS technology was developed by Protocol Labs the same company that developed Filecoin. Basically, they used their own technology to create a blockchain-based product Filecoin.

In terms of the global success of the project, we are yet to see if it will have mass adoption and the potential to replace centralized file storage systems like AWS, Google Drive and Dropbox. This will depend on market reception and whether the solution will offer alternatives that would be more appealing to the end-user.

Having said that, recently, an older and at the same time lesser-known protocol has been gaining more attention on the market and making attempts to partner up with the team behind IPFS to create an even more powerful mechanism for data storage and retrieval.

The name of the protocol is Named Data Networking (NDN).

NDN’s mechanism is also content-centric much like the IPFS (with their own peculiarities) and it also provides decentralization of the network, reuse of data and a more optimal way of data transfer. All of which result in lower cost, better speed, stability and security for the end-user. However, one of the key critical components that NDN introduces is the replacement of the IP Protocol with the Named Data Networking Protocol at the Network Layer. Whereas IPFS uses a content-based search mechanism at the Application Layer, but the Network Layer continues to run on IP.

HOW DOES THIS HELP THE END USER?

For example, when you request a video online, in the IP world that request would go to the server to get that video and bring it back to you, but in NDN it will check if that video may have been cached on the network, it could be routers or even other devices. If it is, then it will just get it from there instead of going to the server. This doesn’t sound like a big deal but as a result, you will be getting content at a cheaper cost because the servers of the streaming services will work less and would need less storage, so the price of the service would go down. You will also get content quicker because the request won’t have to travel around the world to get to the server and back, instead, it will take that piece of information from the nearest device on the network.

If we take another example, let’s say you store something on Google Drive and you want to access it. In this case, your computer needs to send a request to Google’s server based on the IP address of that server in order to give you what you are requesting and if several millions of people are doing that this will result in a need for more storage space at the Google server in order to be able to store all of that data. In this scenario, the prices of the storage end up being more expensive than they should be.

While with NDN it will not go to the server to get that file for you, but to the nearest node(device) on the network to see if it’s cached there.

YES! each piece of data that is being produced and transmitted unto the network is cryptographically signed making it immutable, meaning that it cannot be changed. In the IP only the communication channel between the server and your computer is secure, but the data traveling through that channel is not.

NDN also provides you with a greater deal of stability. If the server that you won’t get the content from is down, NO PROBLEM!

NDN will check the network to see where to fetch that content from. This could especially be useful for live streams and broadcasts where millions of viewers may be overloading a particular server to watch a piece of content.

We’ve just scratched the surface of the NDN protocol, yet we see how much value it already brings and by adopting it to mainstream crypto projects we can achieve a great deal of success in revolutionizing the way we store, transfer and consume content, do business, transact, etc.

ARE THERE ANY OTHER NDN BASED PROJECTS?

Another cool project that emerged from the NDN Protocol is NDN Link. 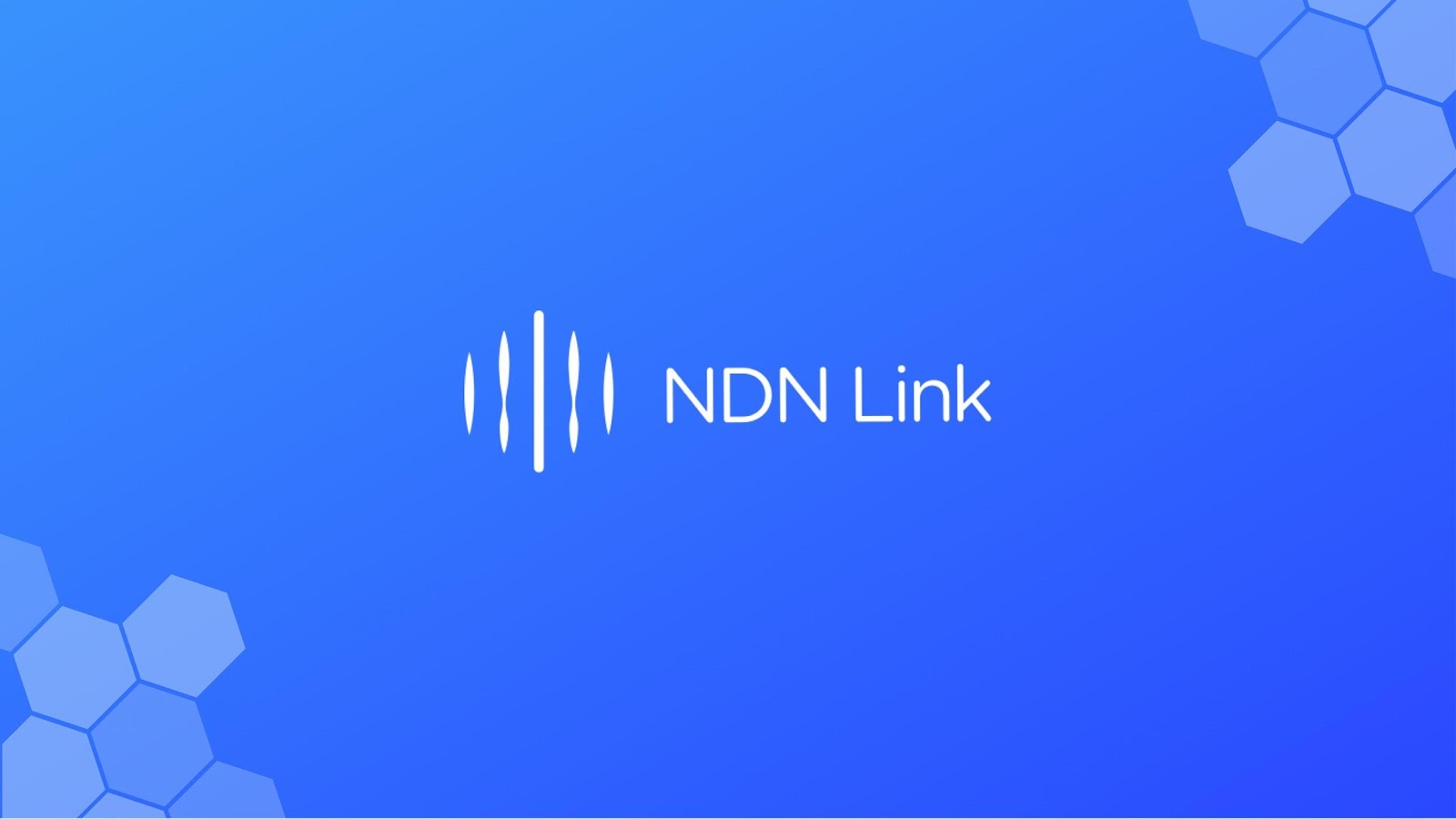 By adopting the NDN protocol with a blockchain-based solution it creates a better way of transferring data and delivering content. In the examples of NDN and IPFS, we were talking about a better way of data storage, whereas in NDN Link the project is focused more on data distribution as an alternative to today’s Content Delivery Network.

The consensus algorithm of NDN Link is Proof of Transmission and is set to be released in the Q2 of 2020 with the launch of the Testnet in Q4 of 2020. 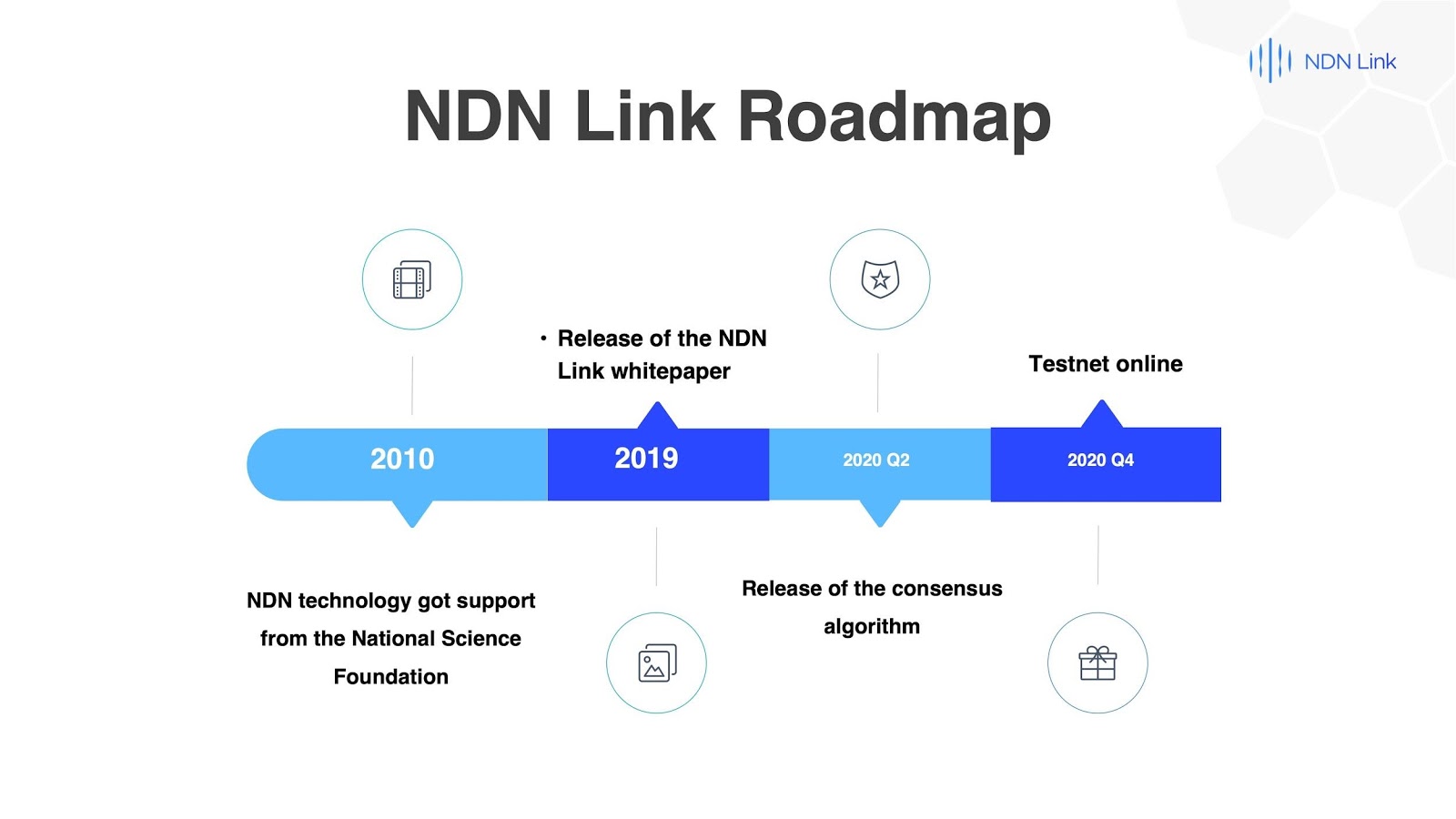 Each node on the NDN Link network will participate in the transmission of data and will be rewarded based on the Proof of Transmission algorithm. 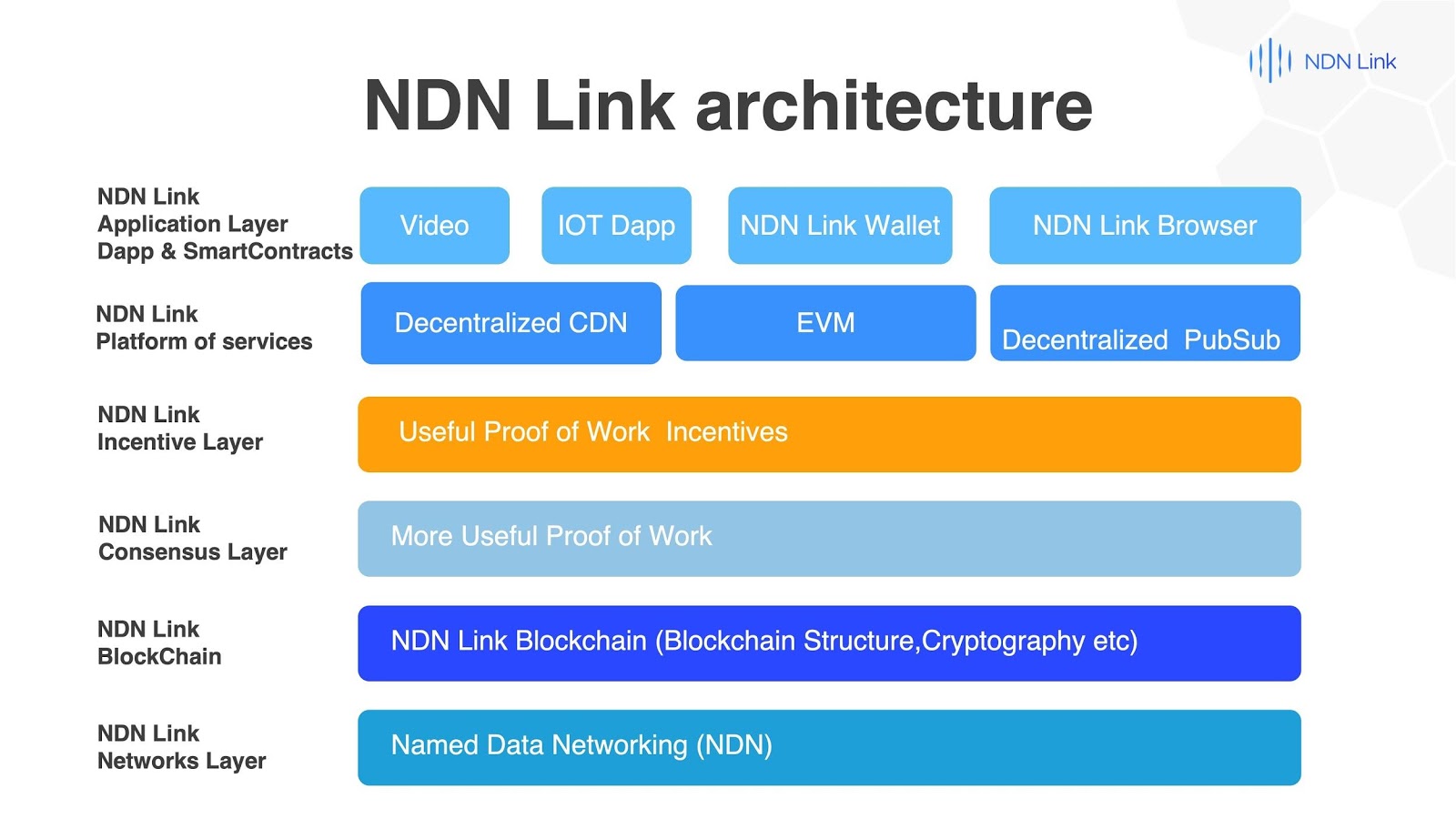 It’s a young but very ambitious project with the potential to completely transform the way we see the modern Internet.

To become a part of the NDN Link’s community feel free to do so via the available channels below:

Ethereum Founder is No Longer a BIllionaire
Guest Author
700 Articles
This author could be anybody, but he/she is not a member of staff coingape.com and opinions in the article are solely of the guest writer and do not reflect Coingape's view.