Cryptocoins envision to be the money of future. Keeping this vision in mind ConsenSys has bought this money of the future to everyone’s pocket as it has launched the mobile client of its popular Ethereum and ERC20 token standard wallet, MetaMask

MetaMask is a non-custodial wallet that provides users with full control over their funds. But, that also means users have to take full responsibility of their private keys and storing them on the cloud or on public platforms can be unsecured.

For years, many MetaMask users have asked for a mobile client of the wallet, as the vast majority of Ethereum users have started to rely on MetaMask as the main ETH and token wallet. For over two years, MetaMask was only available to users in the form of a browser extension on Chrome, Brave, and Firefox and was restricted to mobile users.

At DevCon, a major Ethereum-focused conference held in Prague, Czech Republic hosted by large conglomerates and leading cryptocurrency businesses including EY, Microsoft, ShapeShift, Santander, Blockfolio, and Wanxiang, the MetaMask development team officially released and showcased the MetaMask mobile wallet. Joseph Lubin, the founder and CEO of New York-based ConsenSys, the largest blockchain software firm in the world with over 1,000 developers, shared the product release with the official user interface of MetaMask mobile.

The @metamask_io mobile app was just announced at #Devcon4! Everyone’s favorite #Ethereum browser extension is coming to your phone. The team is focusing on not being ‘just a wallet’, but a portal to the world of all things #blockchain. https://t.co/3bvQXuF8gV pic.twitter.com/vcaIkkzcVS

Since early 2014, cryptocurrency users have favored mobile wallets over web-based wallets due to various security merits and advantages. As Joel Snyder, a senior IT consultant, a contributor to Samsung Insights, explained, the presence of trusted execution environment (TEE) in smartphones allow devices to store data that cannot be reached by hackers.

“This is why smartphones have an edge over laptops and desktops for cryptocurrency wallets: without the benefits of the hardware-based TEE, the keys are more vulnerable. There is a significant caveat: a naïve wallet developer might choose to simply store the keys on the normal internal storage of the phone, in which case there’s little additional protection from using the smartphone platform.”

Like existing platforms like Status, the newly released MetaMask mobile client has additional functionalities. Rather than operating solely as an Ethereum wallet, the mobile client can function as a dApp browser or a “Google Play Store for dApps.”

On MetaMask mobile, users can run various dApps such as CryptoKitties by connecting the wallet to the dApp to seamlessly process information on the Ethereum mainnet.

With MetaMask now available on mobile, ETH users will not require any other wallet to use their Ethereum’s anytime and anywhere.

Will MetaMask’s mobile client improve adoption of Ethereum as everyday currency? DO let us know your views on the same. 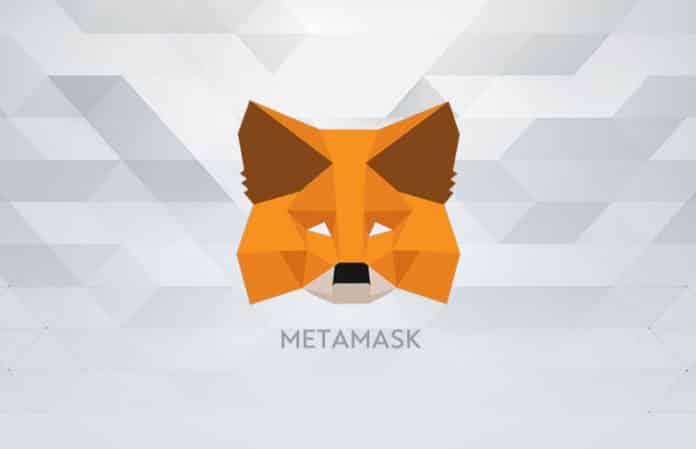 Article Name
MetaMask brings Ethereum Wallet to Mobile as it releases a mobile client
Description
Cryptocoins envision to be the money of future. Keeping this vision in mind ConsenSys has bought this money of the future to everyone’s pocket as it has launched the mobile client of its popular Ethereum and ERC20 token standard wallet, MetaMask
Author
Stan Peterson
Publisher Name
Coingape
Publisher Logo

Coingape is committed to following the highest standards of journalism, and therefore, it abides by a strict editorial policy. While CoinGape takes all the measures to ensure that the facts presented in its news articles are accurate.
Disclaimer The views, opinions, positions or strategies expressed by the authors and those providing comments are theirs alone, and do not necessarily reflect the views, opinions, positions or strategies of CoinGape. Do your market research before investing in cryptocurrencies. The author or publication does not hold any responsibility for your personal financial loss.
Instant loans by local bank transfer using your crypto as collateral
Share on Facebook
Share on Twitter
Share on Linkedin
Share on Telegram
Author: Stan Peterson

Being an active participant in the Blockchain world, I always look forward to engage with opportunities where I could share my love towards digital transformation.

Being an active participant in the Blockchain world, I always look forward to engage with opportunities where I could share my love towards digital transformation.