Bitcoin finally showed signs of exhaustion after registering the highest weekly candle of over $4,000 on its way to a new all-time high of $24,209. The top cryptocurrency touched its new all-time-high today followed by a market correction retracing its price to as low as $22,473. Bitcoin was on a song after crossing the $20,000 key resistance, maintaining its position above $23,000 for almost three days against all odds.

A market correction was on the cards ever since bitcoin went past its previous all-time-highs, but the tremendous buying spree of new institutional giants such as Grayscale, MicroStrategy, and Square Inc, kept bitcoin’s bullish momentum strong. Tom DeMark, a crypto analyst by profession has predicted that the bulls would exhaust by the weekend based on his time model. He explained,

“Although it appears treacherous to take such a stance, here is what our combined timing models are suggesting about Bitcoin at this time, that the top cryptocurrency would see a pending upside trend exhaustion,”

The US Congress finally came to an agreement over the long-pending stimulus package approving a $900 billion stimulus which would also provide for $600 stimulus checks to citizens. The long-awaited stimulus deal was believed to be the reason behind the recent price rally in the stock markets seeing new record highs. However, the market reaction in the wake of the stimulus deal finalization tells a whole different story. 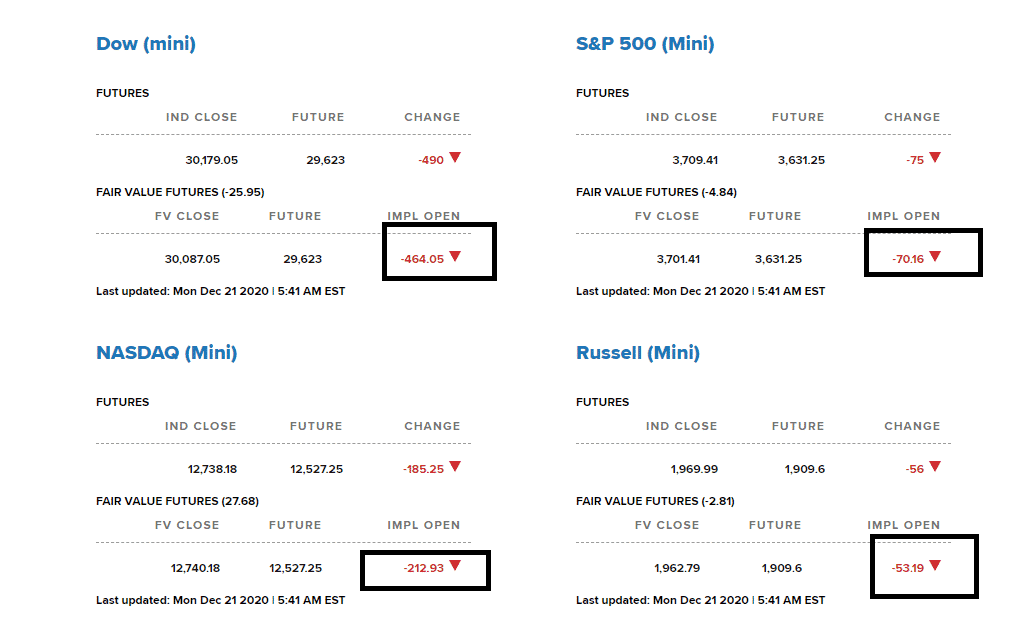 The crypto market was no different as along with bitcoin, most of the altcoins were also in red seeing a sharp retrace against the gains made over the past week. The top cryptocurrency is currently holding $22.5 K which is a key support level and considered to be a whale cluster support area. Holding the ground would be vital for the top cryptocurrency as per popular crypto analyst Joseph Young.

Bitcoin recovers at around $22,500, which the newsletter identified as a whale cluster support area a few days ago.

Be safe out there! pic.twitter.com/NOUjsP4Re2

Clearly, the streets are red in crypto today and as per the latest data nearly $474 Million Bitcoin long positions were liquidated in just a span of 4 hours. Many analysts were predicting the over-leveraged Bitcoin positions above $23,000 and it seems they just fell like a domino with no major support so far.

The RSI on the weekly chart is still above 80 and shows the correction might not be just over. Though the long term technicals still look good for Bitcoin but in short term a very high volatility and downward movement is expected.