In a recent update, Synthetix, a decentralized finance (DeFi) project has successfully raised  $3.8 million in a new funding round.

Per the announcement, Framework Ventures has purchased a total of 5 million Synth (SNX) tokens from the Synthetix Foundation’s treasury. The price of one SNX token is $0.76.  The list of firms and enterprises that have purchased large amounts of Synth tokens continue to be in close wraps. Furthermore, Framework ventures will be keeping its SNX tokens in an escrow account for a period of 24 months. Also, the latter will be staking these tokens in order to add to the existing SNX supply and will actively participate in Synthetix’s community governance process.

From the Co-Founder’s Desk

Synthetix’s “infinite liquidity” model is a major advantage over its competitors. Synthetic assets are a financial primitive that enables inclusion and innovation beyond traditional financial markets, and will likely represent the next leg up in DeFi.”

Are SNX Token Holders At A Risk?

However, a study published in June suggested that despite the project’s popularity, the protocols and mechanism which guarantee the value of minted synthetic products have loopholes and expose the token holders to risk.

“If Synthetix is to succeed in the coming years, the integration of a liquidation process, more liquid collateral types, and some kind of monetary policy tools are a must,”

The previous week saw an address linked to the popular Silicon Valley venture capital firm Andreessen Horowitz, purchasing approximately $235,000 USD worth of SNX tokens. This purchase then led to a 38% rise in the token price. While Synthetix is a newcomer in the DeFi space, the latter is fast expanding. Last week, the total value of assets locked in DeFi (when denominated in ether) crossed the 3 million ETH mark for the first time ever. This doesn’t mean that 3 million Ethers were locked in DeFi, but that the value locked in DeFI has crossed the 3 million ETH mark. This marks an important milestone for Ether which is being hailed as money by many ETH supporters. 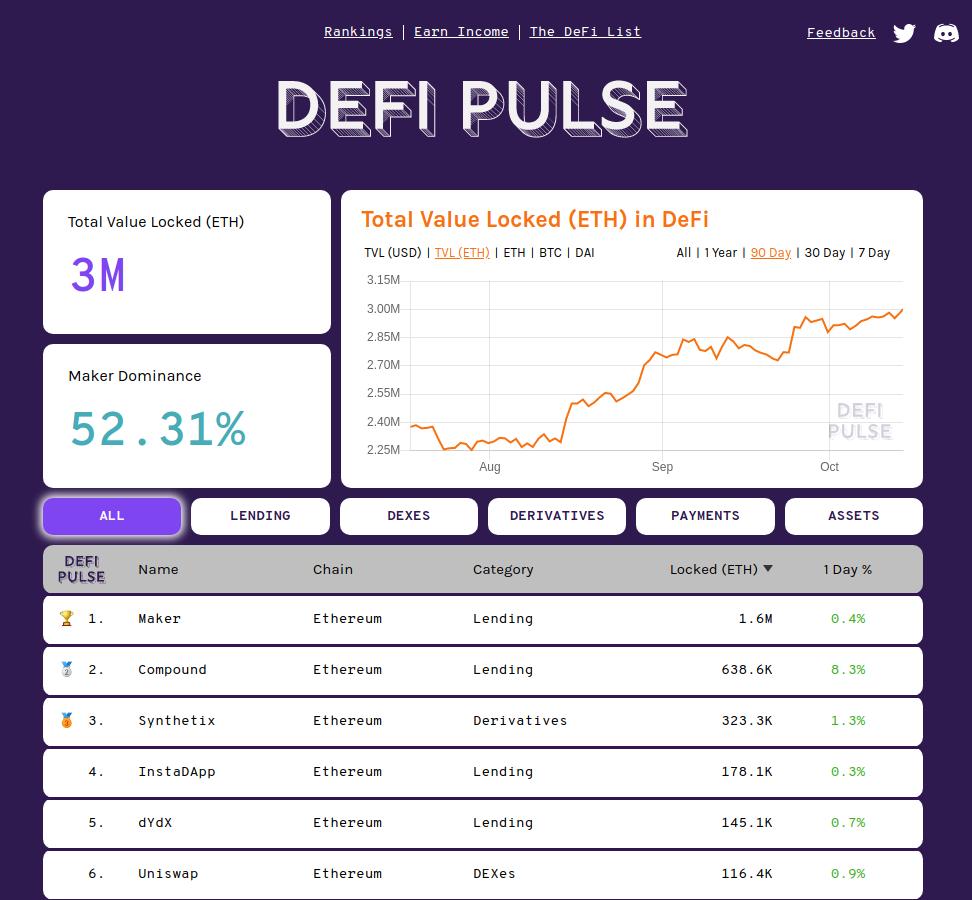 The DeFi space is all set to revolutionize the crypto and blockchain arena. Let us know, what you think in the comments below!