The cryptocurrency market turned red again on Monday that saw the majority of the top cryptocurrencies lose in double digits. Bitcoin (BTC) failed to conquer $50K and fell to a daily low of $45,894 and currently consolidating above $47K. Ether (ETH) fell to a daily low of $3,680 before recovering above $3,750. Apart from these all major altcoins be it XRP, Solana (SOL) or Cardano (ADA) all traded in the red.

Market pundits have warned of a possible incoming slump with the release of the new United States Consumer Price Index (CPI) that hit a four-decade high. However, many blame the new class-action lawsuit filed against controversial stablecoin issuer Tether in New York on Monday. 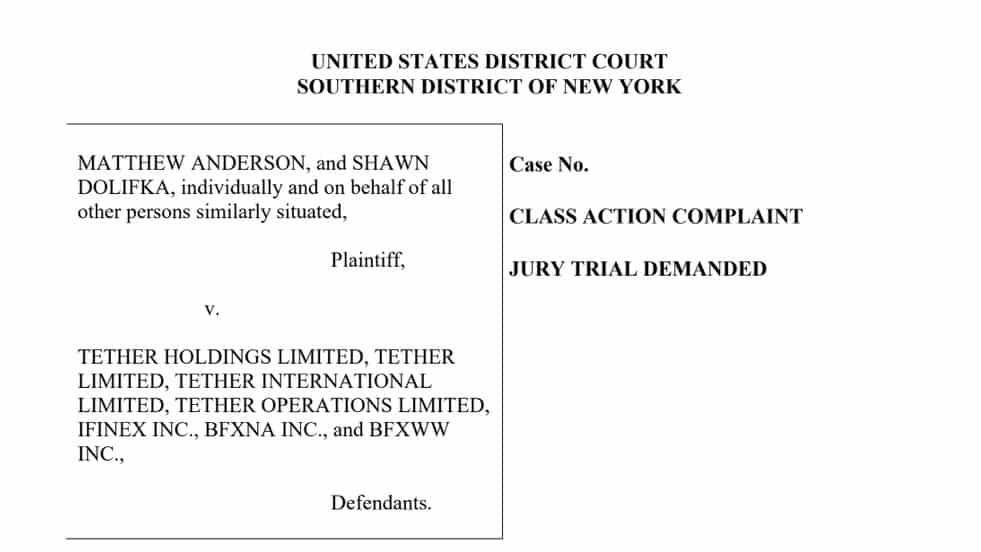 The class-action lawsuit was filed in a Southern District of New York and the plaintiff alleged fraud in the Tether and its subsidiaries iFinex, Bitfinex. This won’t be the first class-action lawsuit of its kind against the stablecoin issuer, as it has faced two similar lawsuits in the past.

Tether has often been accused of mismanagement of its funds and lying about its USDT reserves. Being a stablecoin issuer, every circulation supply of USDT must be backed by an equivalent stable asset, preferably the US Dollar. However, Tether has been found using an array of assets including Bitcoin to back its reserves in the past.

Another reason for the fear in the crypto market is being attributed to the upcoming meetings by the fed this Wednesday added with the inflation data played a part.

Feels like we're going to get a Buy The News event #Bitcoin $BTC pic.twitter.com/9Z69rJuL0T

Can Crypto Market Bounce Back?

After a phenomenal October, crypto traders were hopeful of a bullish last quarter, but November and December are proving to be bearish again. However, crypto analysts are still not deterred and belive the bull run will continue into 2022 and any crypto crash up to 20% sell-off is not a cause of worry.

When Bitcoin lost more than 50% of its valuation from the top on a couple of occasions in May and June, the market sentiments were at their lowest. Having recovered from that, Bitcoin enthusiasts belive these market sell-offs are just shake-offs from the overleveraged market.