On the daily chart, SHIBA Inu (SHIB) price bounce back from the double lows of $0.000017. This is a critical level to hold as last time when SHIB touched the support zone it peaked at all-time highs of $0.000088 with an ascent of more then 150%. 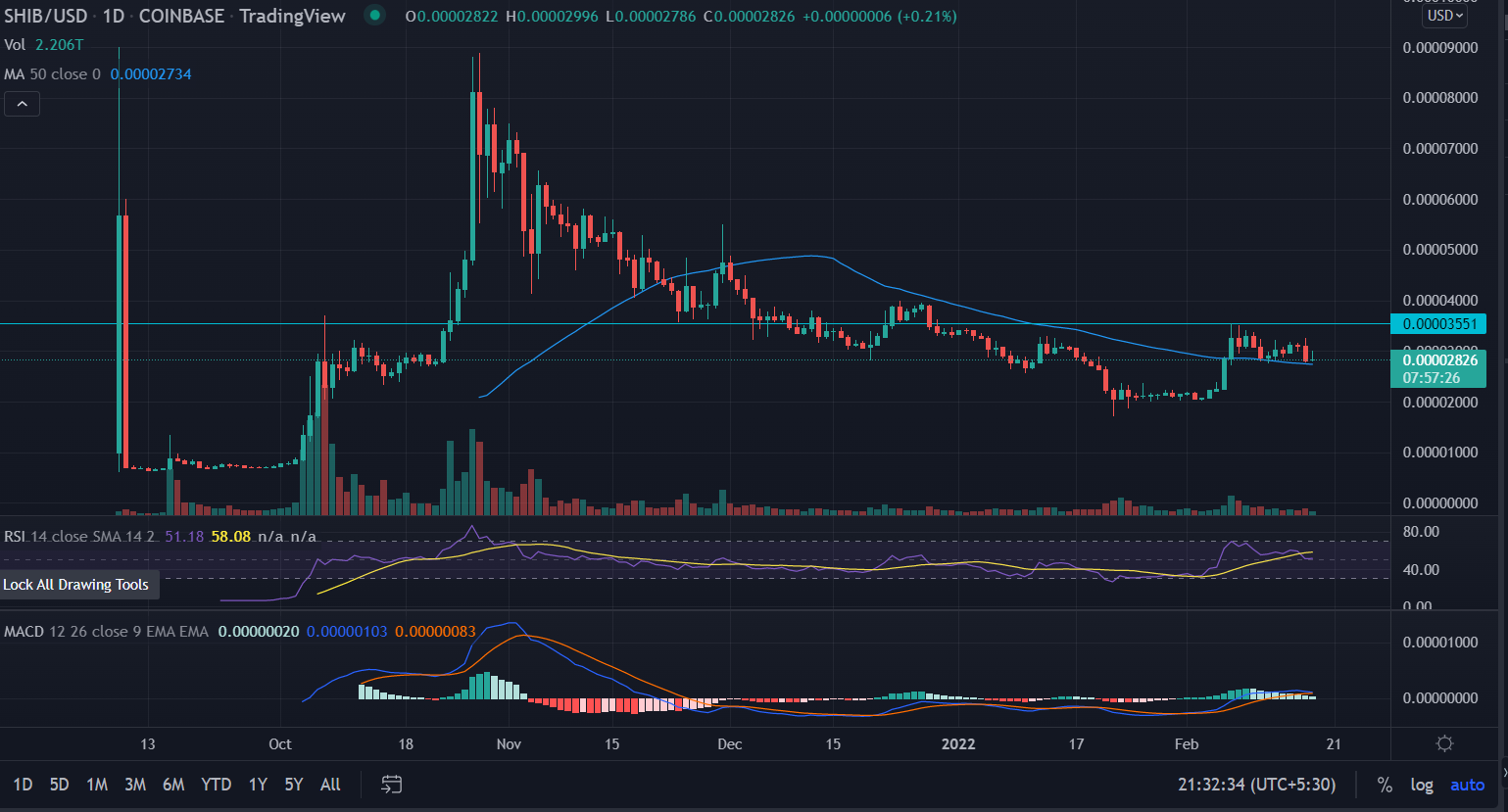 Now, after consolidation in late January, the price scaled up almost 100% only to face rejection near the multiple-time resistance zone. Investors flipped the critical resistance-cum-support level of $0.000035.

It would be interesting to watch if the bulls can slice above the mentioned level to take out the psychological level of $0.000040. However, it remains a tough nut to track for investors.

On the flip side, a shift in the bullish sentiment SHIB Inu would result in the breaking of the 50-day moving average. The price action might end up in retesting of the demand zone of $0.000020.

Furthermore, a spike in the sell order could drag SHIB toward the lows last seen in September at $0.000008.

RSI: The Daily Relative Strength Index (RSI) flipped below the average line with current reading of 51.

MACD: The Moving Average Convergence Divergence (MACD) holds above the midline with a neutral stance.

Binance Sees Crypto Potential In India, But There’s A Catch