Robinhood, the mobile trading app made headlines again for allegedly restricting Dogecoin trade on its platform amid surging price, but the trading firm has rubbished all such claims. The rumors about the trading app possibly restricting doge trades first gained traction through a Twitter handle Breaking911 tweet, but the official account of Robinhood responded to the tweet suggesting there are no such restrictions.

No, we didn’t place restrictions on $DOGE trading. This is false information. For latest operational updates, check https://t.co/hS5J5eu1GV.

Dogecoin today registered another new ATH of $0.263 rising over 100% in the past 24-hours. The massive surge in price also helped the meme currency to climb into the top-10 cryptocurrency rankings by market cap.

Dogecoin’s last bullish surge recorded a couple of months ago also happened to be fueled by controversy around the Robinhood trading app. However, the recent surge is being said to be retail driven and it has also gained a wider fanbase ranging from Elon Musk to Mark Cuban. In fact, Mark Cuban recently added a Doge payment option for merchandise purchases of his NBA team.

A lot of TikTok stars and newbies to a cryptocurrency bought tons of Dogecoin due to constant hyping by Elon Musk and the whole GameStop saga. Most of these buyers had bought it under $0.08 thus multiplying the value of their holdings by more than 3X. This has resulted in many new Dogecoin millionaires. One such Doge millionaire posted the following picture in the Doge subreddit.

Apart from the Doge millionaires, the subreddit group also gained a lot of traction over the past couple of days when the meme currency has risen by over 100% for two consecutive days. This is a phenomenon seen during the $GME short squeeze, where a bunch of Redditors came together to buy the company’s stock to elevate its market value. 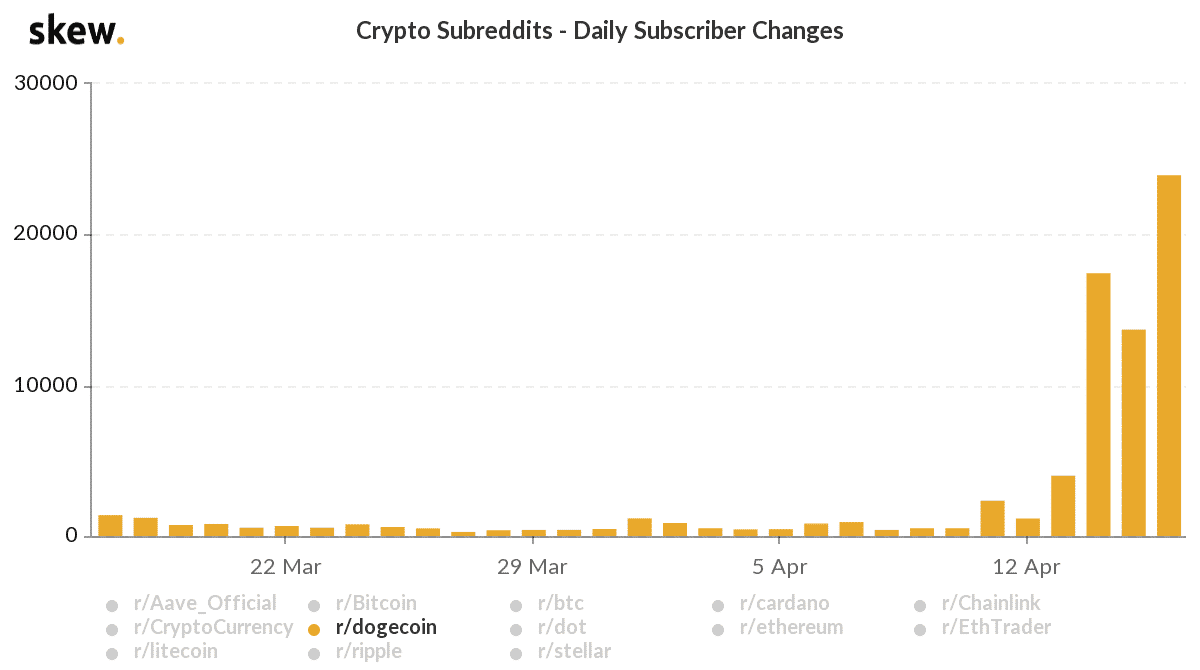