Singapore-based crypto exchange, Phemex, is kicking off one of the biggest crypto trading competitions – The Phemex Trader’s Arena, “Trade or nothing!” – on March 24, with a $2 million total prize pool set to be shared among winning teams and individuals.

In an exclusive press release, Phemex confirmed the launch of its “Trader’s Arena – Trade or Nothing” trading competition awarding over $2 million in prizes. The competition officially kicks off on March 10th, 2021 opening the registration desk for team members and team leaders. It will run from 24th March 2021 till April 7th, 2021 and the rewards will start to be distributed a week later.

The competition aims to rank and reward the highest-ranking teams’ return on investment (ROI) and individuals’ Profit and Losses (PNL) during the competition period. 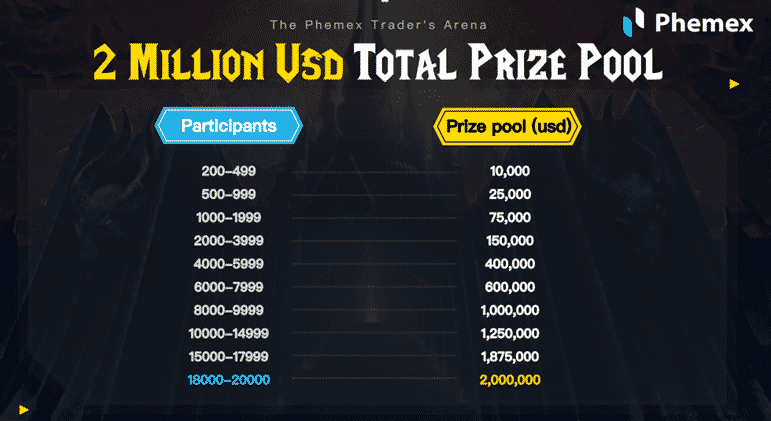 Participants can either enter the competition as Team Captains or Team members. Each team must have at least 10 members – teams with less than ten members will be disbanded and individuals assigned to other groups.

The minimum trading account net balance to be eligible for the competition is 0.005 BTC (~$270, at current prices).

The first 2000 registered participants will receive a $10 bonus and limited Phemex merchandise while the captains receive a 100 USD “team formation” bonus and 50% of the trading commissions.