The crypto Twitter space is on a ravaging fire, as Goldman Sachs report dismisses Bitcoin’s value as an asset class for investors. The negative attention from the big-four bank, however, has not scared the bulls with the price of BTC/USD soaring into the $9,100 resistance levels in the early hours of New York’s trading desk opening.

Top U.S bank released its U.S private wealth Economic outlook report on May, 27 looking at the implications of the current set policies in inflation, gold, and digital currencies i.e. Bitcoin. In a wild dismissal of the largest cryptocurrency, Goldman report claims that BTC and other cryptocurrencies do not qualify to be classified as an asset class.

In leaked slides from the upcoming call with investors on inflation, gold, and BTC, the bank gives several reasons why BTC cannot be classified as an investment asset including the high volatility, lack of cash flows, and non-exposure to global economic growth. 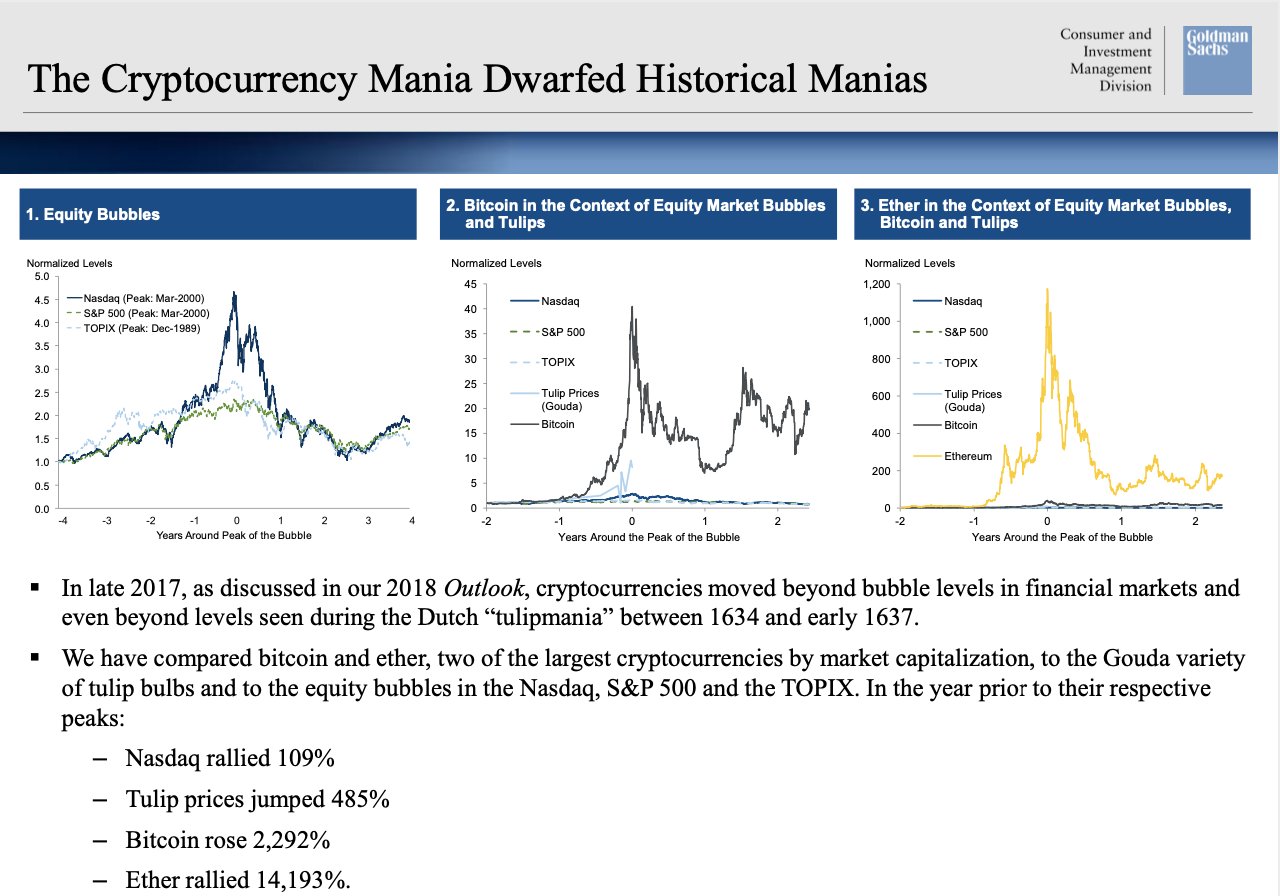 However, in response to the claims, top crypto analysts and personalities across the industry have come forward defending BTC.

The crypto community did not take the calls of a “Bitcoin bubble” lightly some analysts calling out the bank’s lack of understanding of the technology. Goldman’s declaration of BTC not being an asset was criticized by Gemini co-founder, Cameron Winklevoss, who taunted the “lack of deep knowledge” by the bank’s reporters as Bitcoin gained commodity status back in 2015.

Hey Goldman Sachs, 2014 just called and asked for their talking points back.

Bitcoin was declared a commodity by the CFTC in 2015 in the Coinflip order…so yea it's an asset whose price is set by supply and demand. Just like gold. Just like oil. It's a commodity.

“Goldman Sachs aka Bankers aka Wall Street still don’t get (or want to get) #Bitcoin. It’s ok, because everyone else does.”

One crypto analyst and early BTC developer, Jameson Loop urged the retail buyers to get on BTC as the banks lag behind.

Bitcoin continues to be one of the best opportunities for laymen to take a position in before Wall Street and their cronies catch on. https://t.co/KYNNJasbH4

The report by Goldman Sachs turned out positive on Bitcoin’s price, as BTC/USD spiked from the pits at $8,800 before the NY markets opened to intraday highs of $9,197. The bank may have given the top crypto more exposure through the presentation.

Moreover, Godman’s response to Bitcoin (BTC) may signal a possible influx in the interest shown in crypto by the bank’s institutional and retail clients.

US Youth More Interested in Crypto Than Mutual Funds
Twitter LinkedIn
Lujan Odera
163 Articles
Been in the field since 2015 and he still love everything blockchain and crypto! FC Barcelona fan. Author and journalist. Follow him at @lujanodera.