Tesla Inc, the electric car maker has become the latest institution to add Bitcoin to their portfolio as the company has filed with the SEC to buy $1.5 billion in Bitcoin. 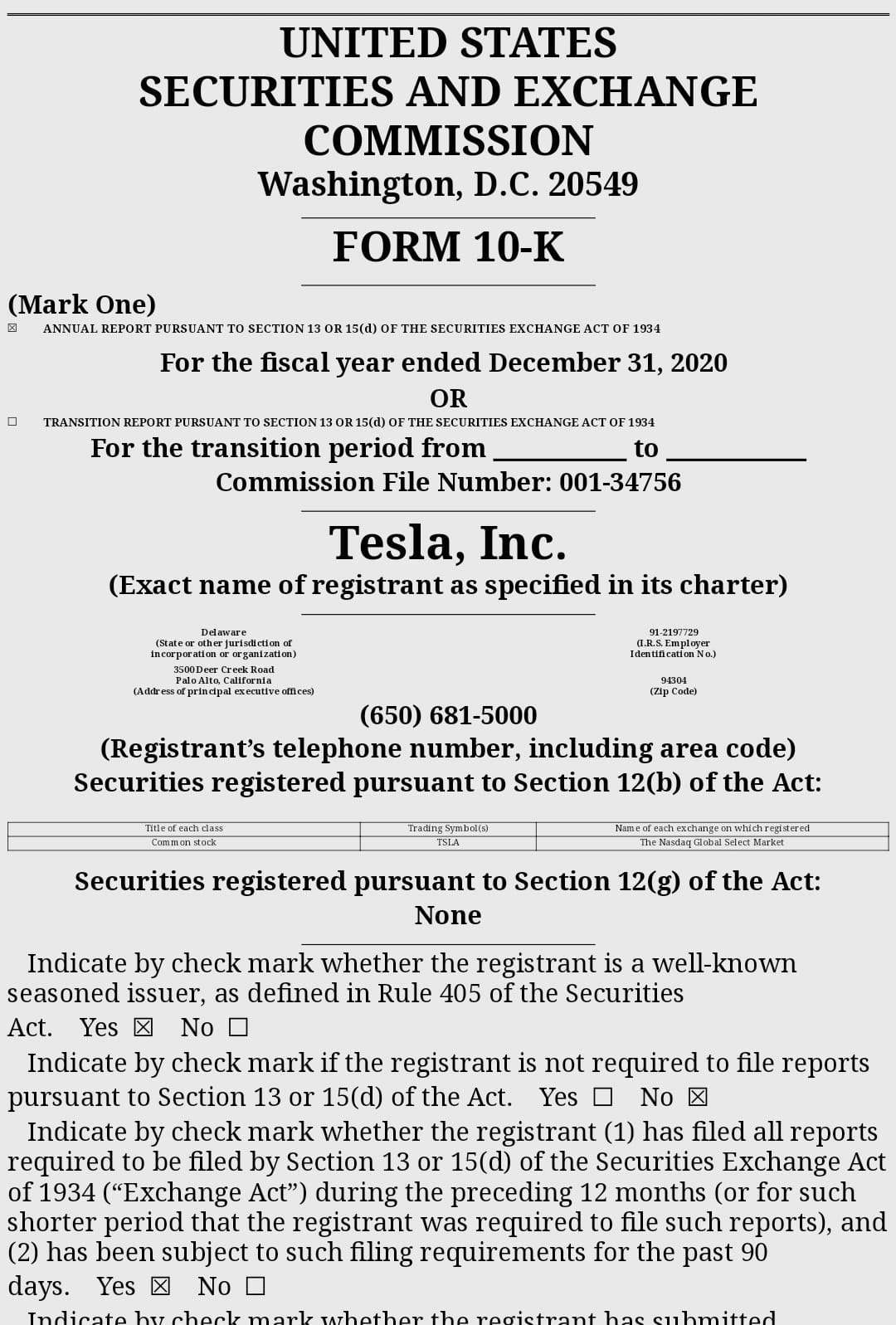 The Bitcoin purchase would also make Tesla the biggest Bitcoin buyer after MicroStrategy who has also bought more than $1.5 billion in total bitcoin purchase. There were rumors about Tesla investing in Bitcoin after the CEO of the firm Elon Musk changed his Twitter bio to Bitcoin.

What do you think the rest of the S&P500 will do after that?

MicroStrategy, the software giant that has been leading the bitcoin adoption by institutions recently organized a Bitcoin conference attended by more than 1400 CEOs of publically traded companies, and rumors suggested that top executives from Tesla and SpaceX also attended the event.

The SEC filing by Tesla also fulfilled the long demand of Bitcoin payment for Tesla cars as the company revealed that it would accept bitcoin as a form of payment.

Tesla as bought $1.5 Billion worth of #Bitcoin and will start accepting #Bitcoin as a form of payment.https://t.co/AoP9aNFGK9 pic.twitter.com/Gvo9jJzr5g

Elon Musk has been a known crypto advocate who believes that it would be the future of finance. While Musk is notorious for shilling Dogecoin, the recent purchase by his company would clear any doubts about the go-to choice of institutions when it comes to cryptocurrencies.

MicroStrategy CEO Michael Saylor who himself has become a big-time Bitcoin proponent recently revealed that as per an estimation nearly $250 billion of institutional money would flow into bitcoin by the end of the year.

Tesla became the most valuable car manufacturer leaving the likes of Ford, Toyota, BMW, and many others far behind. Tesla’s stock price has nearly tripled over the past year that also helped Elon Musk become the richest person on Earth replacing Amazon founder Jeff Bezos at the top. The recent bitcoin purchase could also fuel its stock prices further.

Microstrategy’s stock prices have soared more than 156% ever since Citibank downgraded its status after its Bitcoin investment. The price of Bitcoin also peaked in the the wake of Tesla Bitcoin purchase registering a new ATH of 42,360.